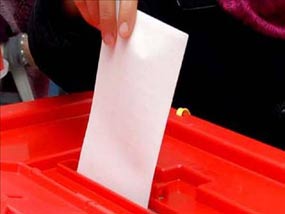 The countdown has begun for the eight candidates who will be on the Nov. 24 presidential ballot, who must cease campaigning at midnight on Tuesday. Some 27,000 candidates for 3,000 offices held election rallies over the weekend before the campaigning deadline.

Political parties in this Central American nation will only be able to promote their programs through the news media, without mentioning the offices for which they are postulated or asking for votes.

Those who violate the five-day ban on campaigning will be fined, said the president of the Supreme Electoral Court (TSE), David Matamoros, who added that elections were expected to take place peacefully.

Nearly 5.3 million Honduran citizens are preparing to vote, in an exercise to define the future of this country, where 70 percent of its population of eight million lives in poverty.

Nine political parties will take part in the elections, with an alliance between the the Broad Political Electoral Front in Resistance (FAPER) and Unificacion Democratica (Democratic Unification).

The wife of former Honduran president Manuel Zelaya, who was overthrown in June 2009, and National Party (PN) candidate Juan Orlando Hernandez were leading in the polls.

RICO's DIGEST - We've all had this happen, your computer's hard drive is full and your computer crashes. But we are not the Radiográfica...
Economic Recovery