"We make a call not to fall into xenophobic reactions ... the virus knows no nationalities and does not choose the person by the place where he was born," UN Representative in Costa Rica

(QCOSTARICA) With an increase of 77 cases, the number of COVID-19 infections rose to 1,538, counted since the first case in March.

The Minister of Health, Daniel Salas, in his report this Thursday, emphasized that the larger number of cases continue in the northern zone, primarily in San Carlos, San Ramon and Upala.

On the good news (if there is good news with this virus), the number of hospitalized remains low, 20 as of today, with only three of them in the Intensive Care Unit (ICU).

President of the Republic, Carlos Alvarado, followed Dr. Salas in the afternoon’s daily press conference, to announce that Costa Rica, together with the United Nations, will carry out a health cooperation for the northern zone.

According to Alvarado, this support will strengthen the attention that different health bodies, particularly the Costa Rican Social Security Fund (CCSS) and the National Emergency Commission (CNE), give to the area.

According to the summary made by the Foreign Minister, Rodolfo Solano, the cooperation will carried out in three phases.

Solano explained that the CNE will take point while the United Nations system will provide specialized financial and technical resources.

Alice Harding Shackelford, Resident Representative of the United Nations System in Costa Rica, confirmed the intention to support the efforts of the Costa Rican State to deal with the pandemic in the northern zone, accompanying “the government’s leadership with key institutions such as the Caja, the Ministry of Health and others.”

The UN Representative said the analysis will be promoted for the best decisions in public health, to adequately address the most vulnerable population groups. 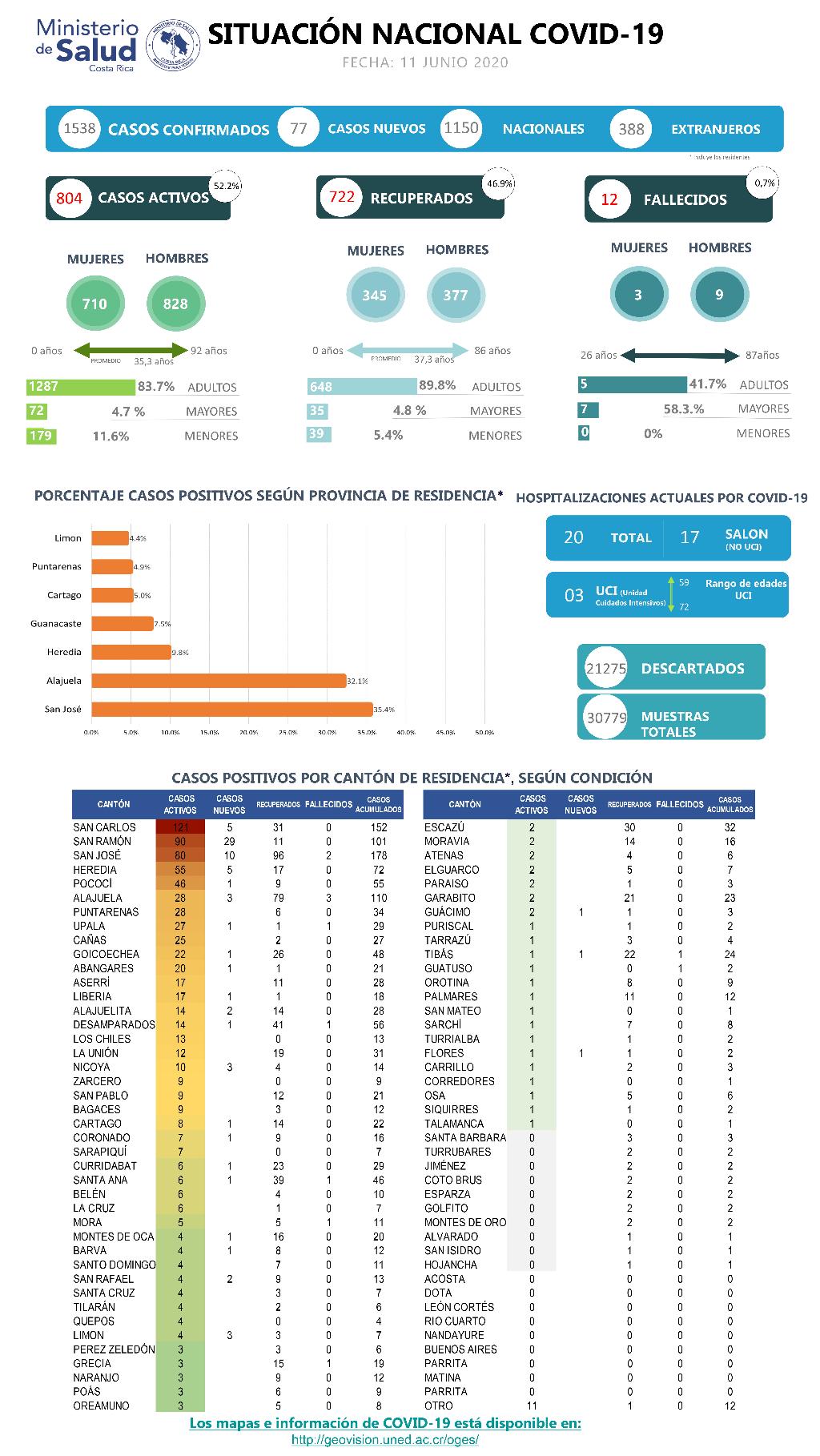 “The crisis is affecting the whole world. Right now, Latin America is at the center of the pandemic. We are doing everything possible to respond to the challenges that come with it.

“We make a call not to fall into xenophobic reactions … the virus knows no nationalities and does not choose the person by the place where he was born. It is understandable that people feel fear, but the civil spirit that this country has always demonstrated must prevail,” she said.

Shackelford said that Costa Rica’s efforts to contain the virus have been recognized and will now count on the United Nations network “for everything that is needed to overcome this pandemic.”

In this sense, President Alvarado said that precisely this UN cooperation is the result of the work that began in March, from when a potential risk was foreseen “that today has materialized.”

He assured that the country has had an active participation in all international forums.

“Our priority in foreign policy is to protect Costa Ricans. That is why, since the beginning of March, we have taken measures at the borders, which have been reinforced and continue today,” he stated.

In an interview with Repretel television channel 6, Dr. Rodrigo Marin, head of Health Surveillance (who was not at the podium today), explained to the television audience that it was understood within the health ministry that the northern zone required more attention.

To that end, he stressed that efforts in the zone have been almost from the beginning of the pandemic and continues today.

QCOSTARICA - Respectful of the government's decision to eliminate the mandatory...
Read more

QCOSTARICA -Any business establishment, whether it is a restaurant,...
Expat Focus