(QCOSTARICA) This Tuesday, August 4, the Minister of Health reported 435 new cases of COVID-19 in Costa Rica, while the accumulated number reached 19,837.

For the first time in months we saw real reporting on the number of recovered cases. Up to Tuesday, I could not see how, with incubation period for COVID-19 of up to 14 days maximum, why we would only have 100 or so reported recoveries every day when for more than a month we have more than 500 new cases daily.

Worrisome is the increase in hospitalizations, now reaching an all time high of 391, or which 98 require intensive care.

The number of deaths continues, with 10 more on Tuesday, for a total of 181: 66 women and 115 men, ranging in age from 23 to 99. The Ministry of Health is no longer providing detailed information of the deceased.

On the good news, the National Emergency Commission (CNE) announced changes in the alert map, where there were communities that left the orange zone.

Sigifredo Pérez, director of operations of the CNE, said that these modifications will take effect from August 5. 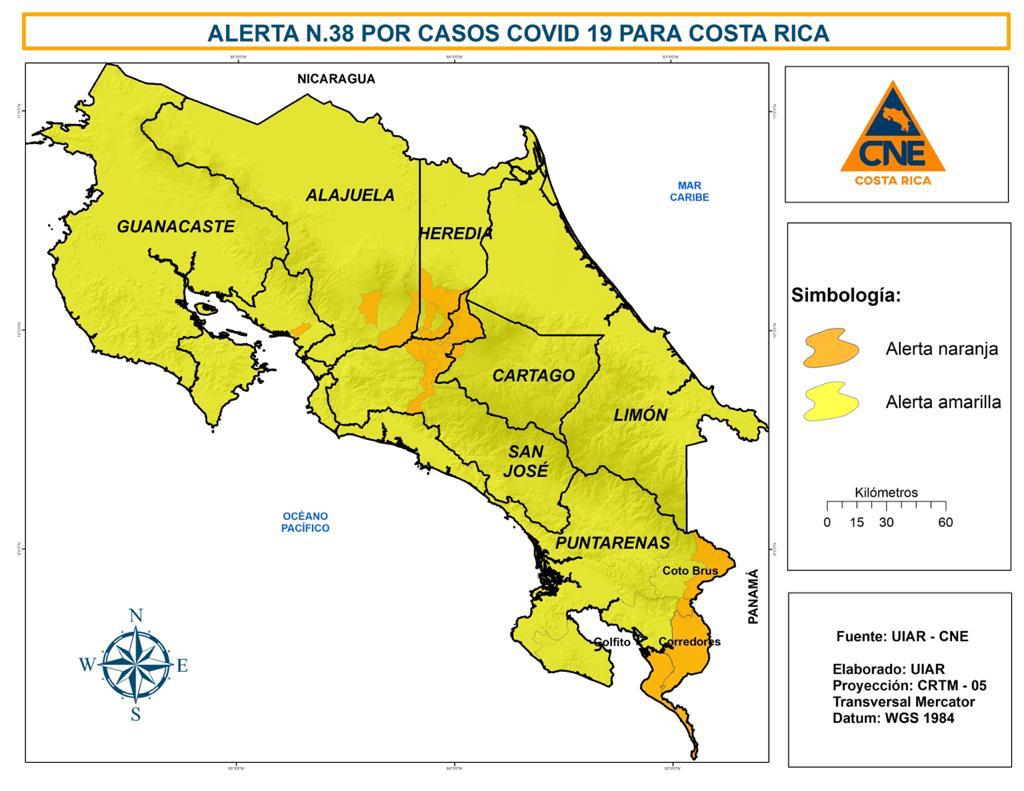 The canton of Mora, the districts of San Cristóbal, and Frailes in Desamparados are demoted to yellow alert. In Alajuela, the canton of Poás and the Sarapiquí district turn to yellow; while in Heredia, San Rafael also turns yellow. 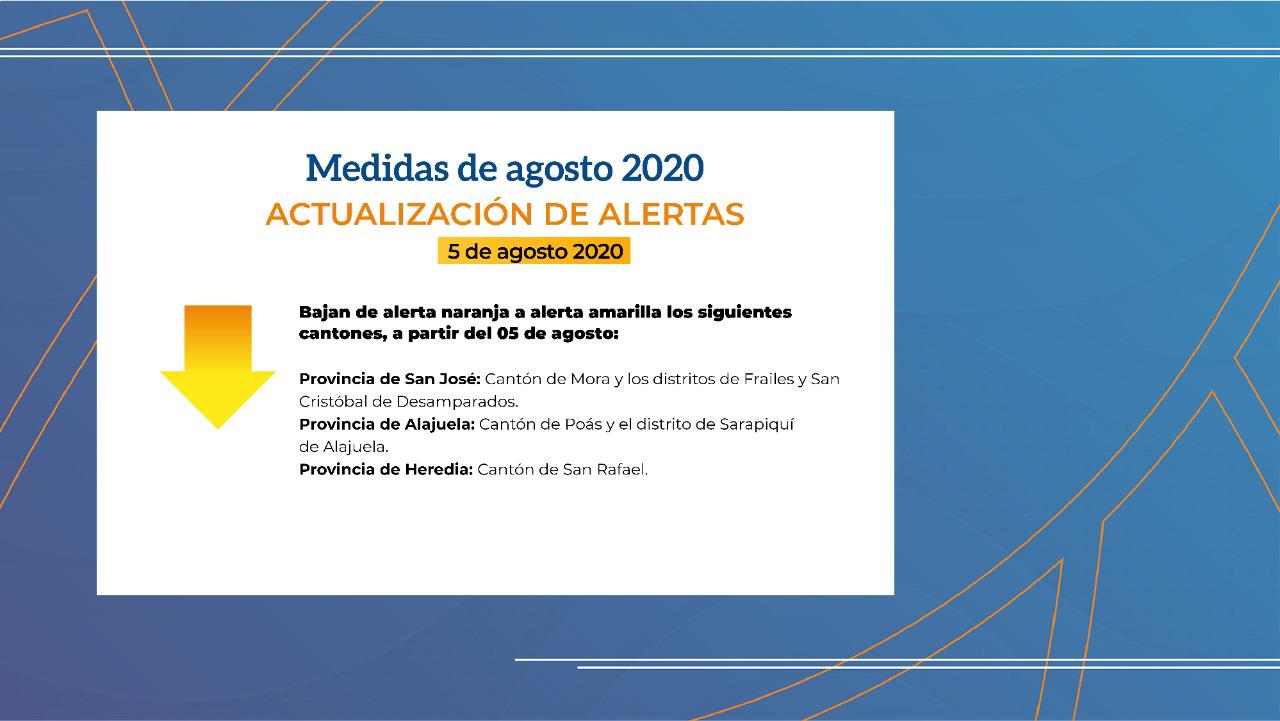 Thus these communities join phase three of commercial reopening, including not having to be closed for the period of August 10 to August 21, as will be for communities in orange zones.

- Advertisement -
Paying the bills
Previous articleU.S. Repatriation flights In August
Next articleHave you already bought your Mother’s Day gift? Buy it this week!