Experts warn that the lag in processing the tests makes it difficult to calculate the peak of this pandemic wave, while doctors fear a collapse of the system. 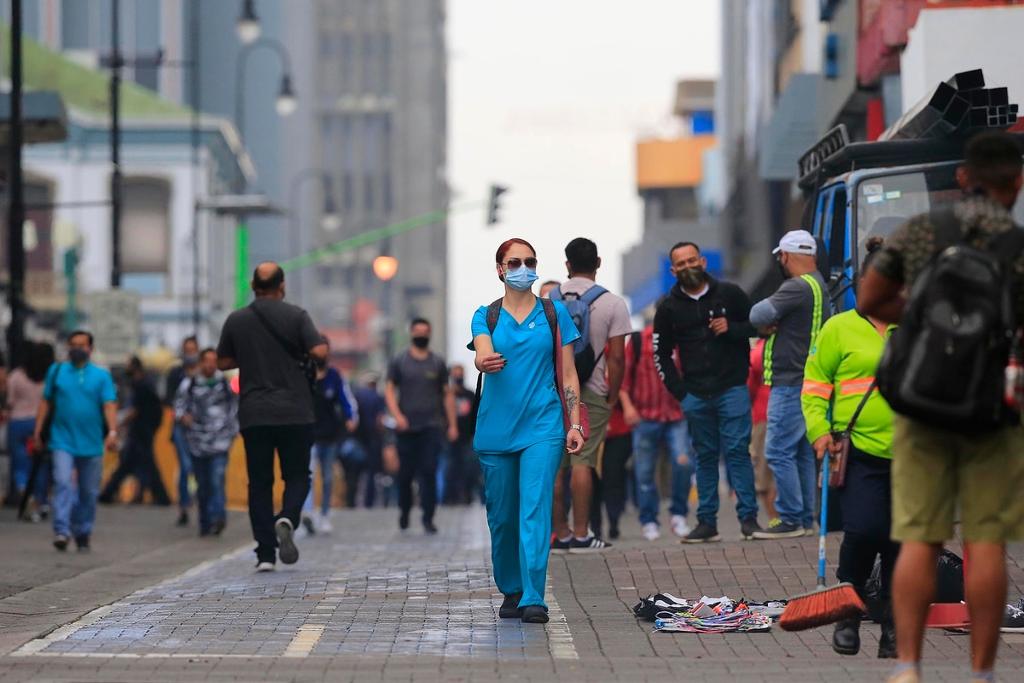 (QCOSTARICA) The reproduction or “R” rate of COVID-19 in the country currently shows a downward trend, reaching close to 1, according to data from the Central American Population Center (CCP) and the Development Observatory (OdD), both from the University of Costa Rica (UCR).

Updated every Wednesday, the R rate published on September 23 is 1.05.

The R rate indicates the average number of people that each infected person infects during their contagion period. According to the CCP, an R rate of 1 means that each generation of cases is replaced by another of the same size, that is, the number of infected individuals does not increase or decrease over time and the outbreak is stationary.

What this means is that a person with COVID-19 will produce a new contagion, or in numbers closer to the national reality: if there are 1,000 people infected per day and they infect on average one person, the number of infected in a week could infect to 7,000.

Also, if this rate is less than one, the epidemic is on its way to extinction, but if it is greater than 1 there is proliferation, which will be exponential unless something is done to contain it.

“If we have 1,000 cases and an R rate of 1, cases will continue to occur. If we keep R at 1 and decrease the number of cases, then that will take effect. You have to be patient,” said the OdD researcher, Guaner Rojas, who added that, if the country had not applied containment measures, currently, the R rate would be around 2.9. 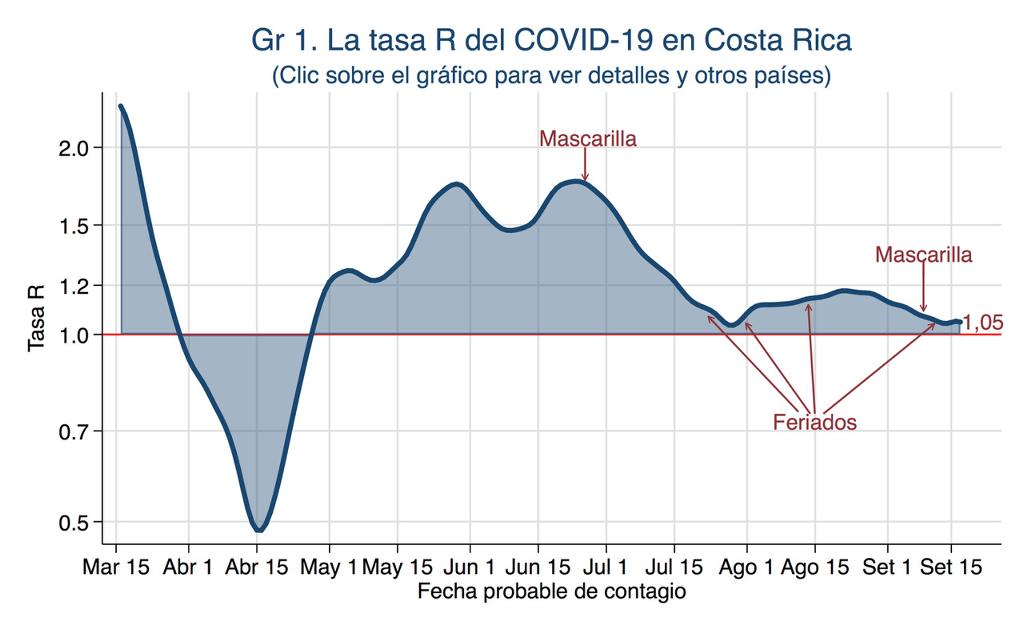 “The R rate of COVID-19 in Costa Rica, estimated with the most recent data of September 23, 2020, is R = 1.05 with a slight downward trend for three weeks. This estimate corresponds to infections that occurred around Thursday, September 17, since on average 6 days usually elapse between the moment of infection and the confirmatory laboratory report. The observed trend, therefore, already includes infections that occurred during the holiday from September 12 to 14, which seems to have slowed the decline, similar to what happened on the long holidays of July 25 and August 2 and 15,” reads the CCP report.

The CCP emphasized that, in Costa Rica, the contagion rate varies from one place to another. Along these lines, it highlighted that as of September 16, the R rate in coastal areas reached 1.5. 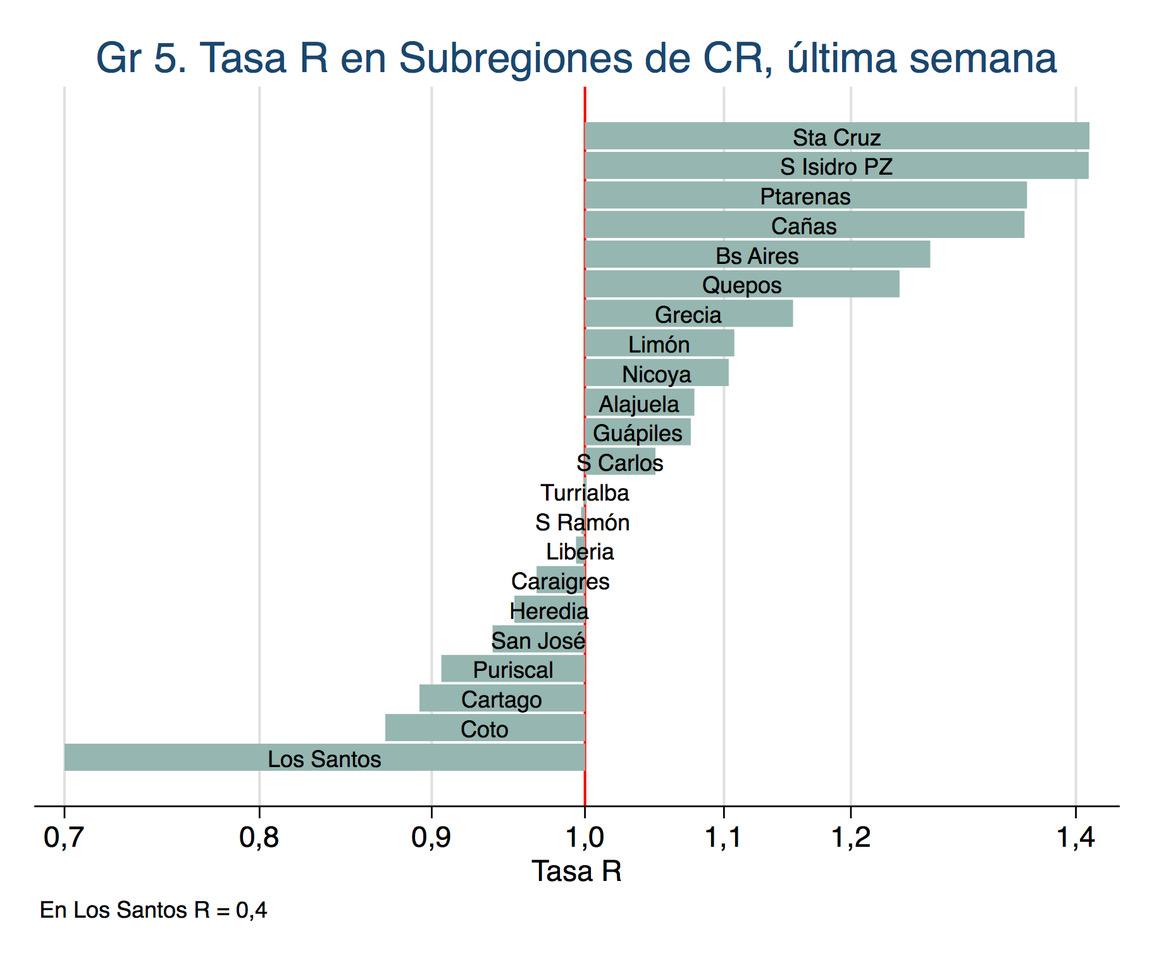 The CCP researcher, Luis Rosero, mentioned that the population expected the R rate to skyrocket in recent weeks; however, this was not the case. According to their hypotheses, this did not happen due to an improvement in the message of the authorities, the mandatory use of the mask, and the indication that the masks do not replace the masks. “In the natural course of the pandemic, the contagion rate has to lower because there are fewer susceptibles.”

The situation in other Latin American countries is very different from that of Costa Rica, although, of course, they are all at different epidemiological moments. For example, according to statistics from the CCP, as of September 12, the reproduction rate in Portugal was 1.2; while in Puerto Rico it corresponded to 1.17.

- Advertisement -
Paying the bills
Previous articleTax hike an uphill race for government to negotiate with the IMF
Next articleCOVID-19 Costa Rica: country exceeds70,000 infections; ensures participation in the COVAX-facility