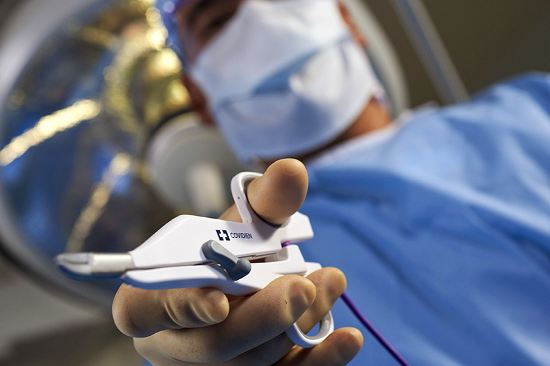 Covidien, a global healthcare products company and manufacturer of medical devices and supplies, announced it is moving 25 logistics employees from its U.S. headquarters to Costa Rica and Prague, Czech Republic, over the next 18 to 24 months.

A companu spokesperson said on Wednesday that the move is part of a five-year restructuring plan unveiled last fall aimed at cutting costs and making Covidien’s global operations more efficient.

“Covidien is committed to treating employees with dignity and respect,” said company spokeswoman Lisa Clemence. “We understand that changes like this are difficult and we are sensitive to the needs of affected employees. They will be eligible for severance as well as outplacement assistance services.”

Covidien, incorporated in Dublin, is the former Tyco HealthCare, which was divested by Tyco International Ltd. in 2007. At the end of 2013, Covidien had about 38,000 workers worldwide, including 1,800 in Massachusetts.