TODAY NICARAGUA – The FBI is spearheading an international probe to determine how many students at elite private schools in nine countries, including Nicaragua, fell victim to a teacher who authorities contend was a serial predator for more than four decades. 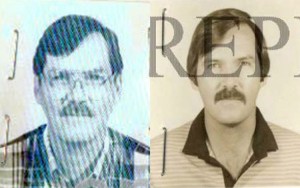 Agents of the Houston office went public with their investigation Tuesday, saying they may never know how many victims William James Vahey exploited during a global career that began in 1972 after he stopped registering for a molestation conviction in California.

William James Vahey, 64, committed suicide in a Minnesota hotel room last month before he could be arrested and perhaps provide some answers, the FBI said.  That was two days after agents in Houston filed for a warrant to search a computer memory card.

One of the schools identified is the Colegio Americano Nicaragüense (American Nicaraguan School), in Managua, between August 2013 and March 2014, where was contracted as a ninth-grade history teacher.

The FBI investigation is aided by a memory drive in the possession of the an employee of the Colegio Americano, who had been fired in November 2013, accused by Vahey of theft.

But in March, the woman went to authorities with the USB memory stick that was filled with images of Vahey and naked of at least 90 boys, ages 12 to 14, who appeared to be drugged and unconscious, the FBI said.

The images were of prior to his travel to Nicaragua. “When confronted about the images by a school administrator, Vahey confessed that he was molested as a child and had preyed on boys his entire life, giving them sleeping pills prior to the molestation,” according to a statement posted prominently on the FBI’s website, www.fbi.gov , with links for potential victims.

The director general of the American Nicaraguan School, Gloria Doll, said by phone from Managua that Vahey was “famous for wanting to lead student experience trips.” She said that’s why several of his previous schools hired him.

Vahey had residences in London and Hilton Head, S.C. He has taught in Iran, Lebanon, Spain, Greece, Saudi Arabia, Indonesia, Venezuela and London.

“This is one of the most prolific and heinous suspected sexual predator cases we have ever seen,” said Shauna Dunlap, a spokeswoman for the FBI’s Houston Division.

“It appears he was able to perfect his craft in such a way these children were unable to know what happened to them and unable to report it,” she said. “He has been teaching overseas the entire time. We strongly believe there are more victims.”

QCOSTARICA - Almost ¢140 billion colones (US$227 million dollars) is the amount the MECO construction company was able to snare for public works contracts...
Disasters