OIJ notes serious economic distortion, increase in the value of real estate and unfair competition; ICD states that current laws are too limited to try to fight crime 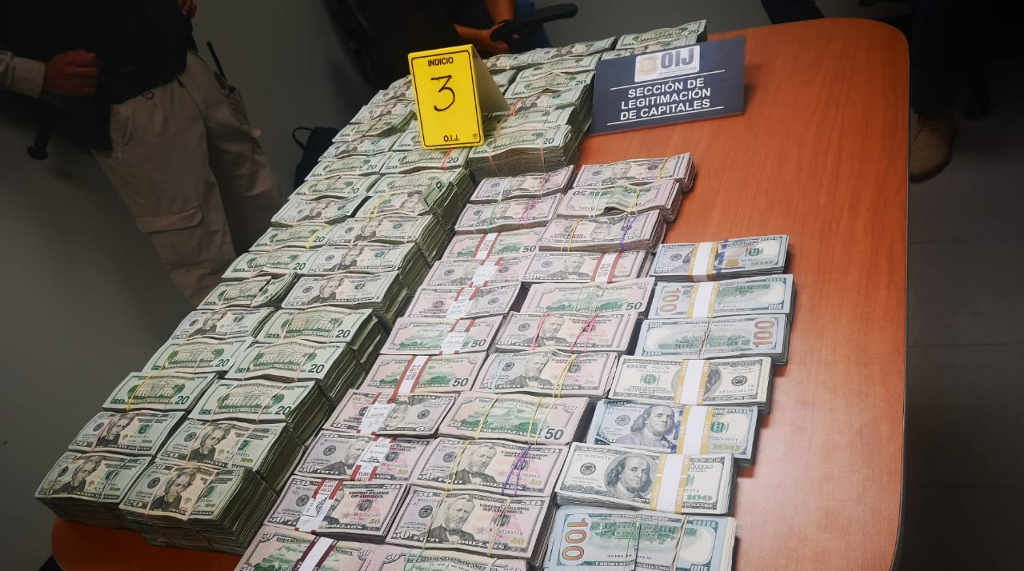 How can a business legally compete against another who receives illegitimate funds weekly of up to ¢40 million colones?

The crime economy floods Costa Rica and legal businesses that try to survive in a distorted market.

In fact, the director of the Organismo de Investigación Judicial (OIJ), Walter Espinoza, acknowledged that when assessing an organization that deals with drug trafficking, not only the amount of drugs they move is analyzed, but attention to how the proceeds are legitimized in the economy.

“When we value a criminal organization, we don’t just think about the seizure of the (illegal) drugs, but also what it causes an expense for the State. Our idea is to try to hit the financial part.

For his part, Guillermo Araya, director of the Instituto Costarricense Sobre Drogas (ICD) – the Costa Rican police akin to the DEA in the United Sates –  believes that the biggest problem in the country “is the presence of a lot of cash in the streets that tries to penetrate the national banking system.”

Araya says that the sale of drugs creates a weak “sub-economy”, where businesses that depend on illicit activity are created, as well as entire families live on those proceeds. For Araya, despite efforts that have been made, the truth is that the laws are falling short.

“The ICD has been demonstrating that our legal tools are very limited for a global crime, which is dynamic and mutates. For 10 years we talked about an “extinction of domain” law to prosecute illicit capital. It is a necessity of the country,” he said.

Extinction of Domain is the loss of rights on property, instruments, objects or proceeds of crime, without consideration or compensation to the owner.

For his part, the Minister of Security, Michael Soto, agrees with Araya on the need for such law and assures that this is a worldwide problem, that is becoming stronger with virtual currencies that leave no trace.

Soto said that traditionally money was transferred between countries, but now, the trend will be for virtual currencies.