According to police authorities, taxi drivers in Costa Rica have become a favourite target of criminals. And not only are taxis targets of attacks, but also used a trusted “ally” in committing crimes. 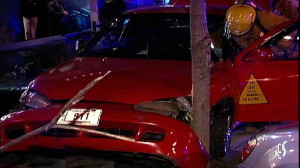 The last act against a taxi occurred Thursday night, when man called 911 reporting that three men were beating on a taxi driver. The call came in at 8:00pm and through the quick action of the police, they had the men in custody.

The driver told police that he was flagged down by the men in Hatillo, was pistol whipped and shoved into the trunk.

Police gave chase and stopped the vehicle in La Sabana, near stadium, exchanging fire wire with the criminals before apprehending them.

Authorities say that taxis are under the watchful eyes of offenders, for several reasons, including at night there are a lot of taxis and can go unnoticed.

QCOSTARICA - In total, 19 cantons in six provinces maintain a high risk of contagion by COVID-19, according to the last update from the...
Employment

QCOSTARICA - The elimination of the daytime sanitary vehicle restrictions in less than a week, given the drop in infections and hospitalizations due to...
Infrastructure

QCOSTARICA - Driving the 50-kilometer concrete highway between Cañas-Liberia, inaugurated five years ago and already showing signs of deterioration, is now free of tolls. But...
Pura Vida

QCOSTARICA - Dona Rosa lost everything in her life and surrendered her will to the hands of others. Luck changed one day when she...
Coronavirus

Japan is beefing up measures against loneliness, taking a first major step toward comprehensively tackling a pervasive problem in the nation that has again...
National

QCOSTARICA - The nighttime vehicle restrictions starting on March 1 will be from 11:00 pm and not 10:00 pm as this month, and on...
Politics