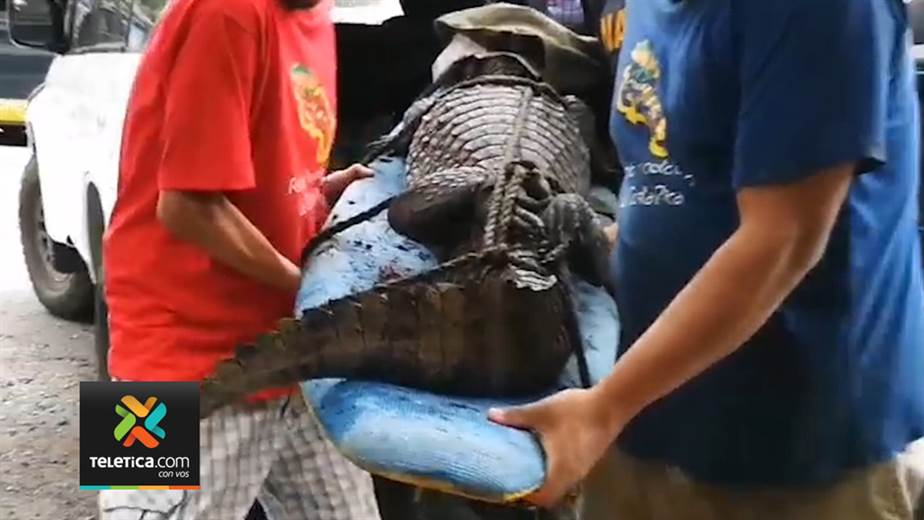 The absence of ducks on their  property alerted their owners to the presence of an unexpected visitor, a 2 meter long crocodile. Although it seems incredible, the reptile was in a property located in Santa Ana.

Experts from the Refugio Herpetológico de Costa Rica (Herpetological Refuge) located in Santa Ana, on the old road to Escazu, had their hands full to capture the crocodile.

It is suspected that the animal arrived there from a neighboring property, where there was another lagoon but had dried it.

This case serves to remind once again that wild animals are not pets and should be kept in their environment.

The croc’s, who is yet to be named, new home will be the Santa Ana refuge, where visitors can get up and close to the animal. Releasing it in the wild can mean a danger for the animal and people.

Crocodile rescued from community where ‘lagarteada’ was celebrated every Good Friday

QCOSTARICA - Until 2018, the community of Ortega de Bolsón, in...
Read more