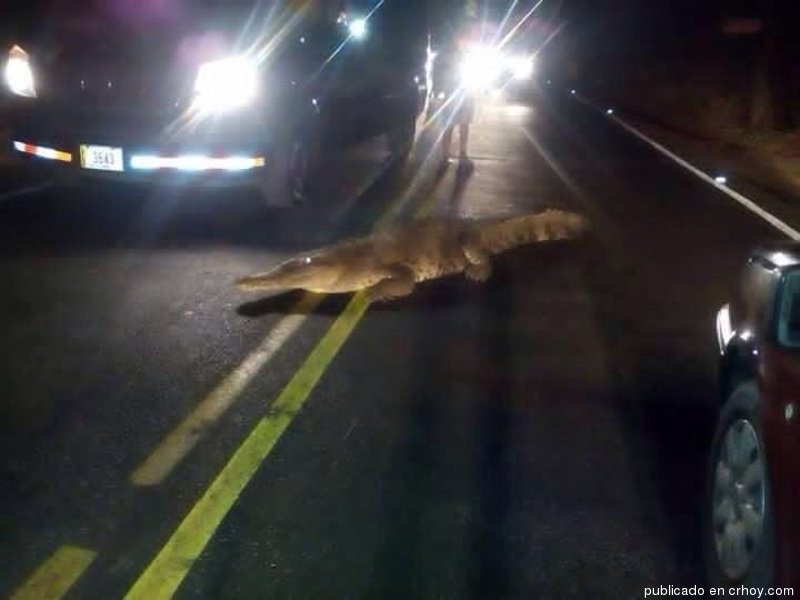 QCOSTARICA – Although there are signs warning of crocodiles crossings, rare is the case.

But that was not the case last night in Tamarindo, Guanacaste, when a 2.5 metre long (8 foot) croc played havoc with local traffic.

According to witnesses, the reptile decide to cross the road around 6:20pm, un the area bear the Parque Marino Las Baulas.

More than 66 crocodiles are believed to inhabit the mangroves near Tamarindo beach, where tourists often suffer attacks.

Crocodiles are often seen in the streams of the area.

On Sunday night, reports say the animal made it across the street safely, was not hit by any vehicle.

So, why did the crocodile cross the road? To get to the other side.