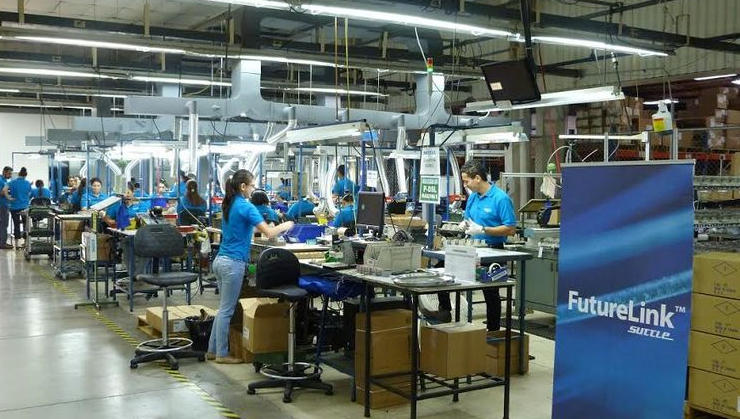 The Suttle Costa Rica plant founded in 1989, whose operations include fiber termination and injection molding production.

The company says it is consolidating production into its Minnesota facilities. The closure is intended to increase the efficiency of Suttle’s operations and improve the lead time and availability of its products, according to a statement by the CSI.

In March 2014, the company announced a US$1.2 million dollar “reinvestment” in new equipment, software, molds, and the physical expansion of its plant.

At the time, Bruce Blackwood, president of Suttle Apparatus, explained that the announcement also responds to an expansion in the business activities developed in the country, which will include business development, sales, product management, and Engineering and Design, that included the hire of 50 more employees.

On Wednesday, Roger Lacey, CSI’s Chief Executive Officer, commented, “Suttle has had a presence in Costa Rica for over 28 years and the decision to close the Alajuela facility was not easy. Because we remain optimistic about Suttle’s market opportunity we did consider alternatives to closing the facility. But we are facing the reality that customers, primarily in the United States, demand quick turn around on orders, prefer American-made products and demand value for money spent, thus we are unable to maintain our two production facilities.”

Mark Fandrich, CFO, commented, “We expect the closing to create operational efficiencies and reduce costs. Total cost to close the Costa Rica facility is expected to be approximately US$1.6 million (…).”

CSI provides connectivity infrastructure and services for global deployments of broadband networks. From the integration of fiber optics in any application and environment to efficient home voice and data deployments to optimization of data and application access, CSI provides tools for maximum utilization of the network from the edge to the user. With partners and customers in over 50 countries, CSI has built a reputation as a reliable global innovator focusing on quality and customer service.

- Advertisement -
Paying the bills
Previous articleWhat Can A Guancasteco (Guanacastecan) Do To Responsibly Dispose of Trash?
Next articleWhat Really Happened In The Liberia Massacre?

Canículas will bring dry days for the Central Valley and Guanacaste

QCOSTARICA - Following the passage of tropical wave No. 14, which...
Read more