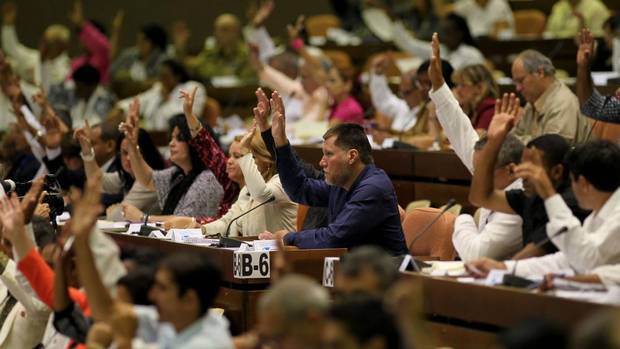 The assembly voted unanimously in a special session to approve the law, official media reported. It will become valid within 90 days.

The new law halves the profits tax from 30 to 15 percent and exempts investors from paying it for eight years, though it also appears to withhold many of the tax benefits from companies that are 100 percent foreign-owned. Those incentives are reserved for joint ventures with the Cuban state and investments linking foreign and Cuban companies.

Analysts and Cuban-based diplomats have expressed skepticism over the law, uncertain whether the one-party state has undergone a genuine change of heart and truly wants to attract foreign investors on international terms.

Cuba does not publish figures on FDI, which economists estimate to be several hundred million dollars a year at most. Cuba’s gross domestic product is expected to expand 2.2 percent this year, compared with 2.7 percent growth in 2013.

“If the economy does not grow at levels around 7 percent … we are not going to be able to develop,” Malmierca said.

“We have to provide incentives in order for them to come,” Malmierca said of foreign investors.

Cuba is cut off from U.S. investment by a comprehensive trade embargo and has failed to meet its investment targets for each of the past five years.

The new investment law continues the structural economic reforms under way in Cuba since President Raul Castro took over from his ailing brother Fidel in 2008. It has been anticipated since 2011, when Cuba enacted a 300-point overhaul of its domestic economy to encourage more private enterprise.

Cuba is hoping foreigners will invest in sectors throughout the economy, reasoning that it makes little sense to start a dairy business, for example, if they need to import both the cattle and the machinery, said Marino Murillo, who is in charge of Cuba’s economic reforms.

“We need to stimulate foreign investment to resolve structural problems in the economy, not just in industry but also in livestock,” Murillo told the assembly.

Cuba is promising legal protections to persuade foreign investors to risk their capital in the Soviet-style economy, and new incentives such as the dramatically lowered tax.

Experts say Cuba needs to convince foreigners their investments are safe. The country has scared off investors in recent years by jailing foreign executives, attempting to seize greater control of businesses once they prove successful and letting active proposals die without offering an explanation.

“Tax breaks may be attractive but they alone will not make a huge difference,” said Paolo Spadoni, a research fellow at Tulane University’s Center for Inter-American Policy and Research in New Orleans. “It is Cuba’s overall business environment that must show substantial improvement.”

QCOSTARICA - On Monday, the Organismo de Investigacion Judicial (OIJ) moved to the raid, seize and arrest of their investigation into corruption of public...
Business