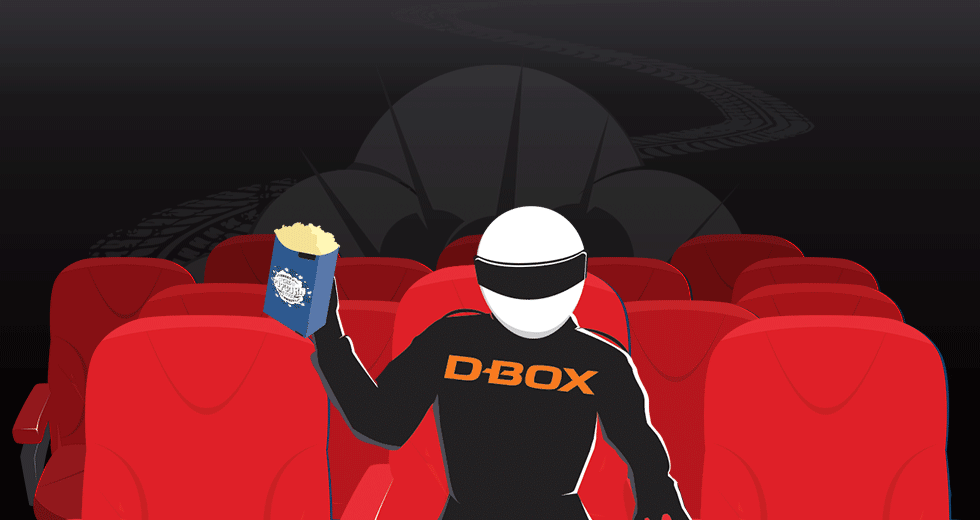 COSTA RICA EXTRA
– Movie goers in Costa Rica now have more options beyond digital, big screens and 3D and big screens. They can experience the thrill of motion, smell and feel synchronized to the motion picture.

Two weeks ago we reported on the 4DX technology inaugurated at the Cinépolis in Terramall, on the east side of San José, the first to bring us the seventh art experience that enhances the visual and auditory stimulation with touch and smell.

At the same time, but without the hoopla, Cinemark on the west side, in Escazú unveiled its D-Box that offers seats with motion, vibrate, pitch back and forth, roll from side to side and heave up and down; the cinema chair is synchronised to the film and mimics movements and vibrations on screen.

D-Box doesn’t have the sensory of lights, smell and feel of the 4DX, which is fine with me, I really couldn’t see myself enjoying my popcorn while raining on me. I am not saying one is better than the other, just a matter of personal choice.

And while Cinépolis offers only one title in 4DX, Cinemark has three titles.

D-Box is only available at Cinemark in Escazú.

- Advertisement -
Paying the bills
Previous articleThe 17th Edition of “The New Golden Door to Retirement and Living in Costa Rica” Is Out
Next articleWith Savvy, A First Couple Runs Nicaragua