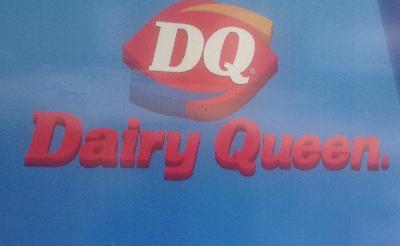 Proximamente (soon) to join the international fast food invasion of Costa Rica is Dairy Queen, the soft serve ice cream with some 6.000 stores in 19 countries.

The first Dairy Queen in Costa Rica will be in Multiplaza Escazú, a 40 square metre (500 square feet) store, with a follow up on Avenida Central in downtown San José.

According to El Financiero, the first two stores will be strictly ice cream parlours, while a third location planned for Curridabat, on the east side of San José, will be the fast casual style of DQ stores in the United States.

The Costa Rica franchise is being developed by Honduran businessman Miguel Hernández, who immigrated to Costa Rica a decade ago and with his brothers Frank and Juan Carlos, invested US$1 million dollars in starting up the Idisa import and distributor company, with experience from their home country.

You may not have heard of Idisa, but know and/or have seen their imported products: Orbit chewing gum, Banana Boat sun screen, Tresemmé hair products and Popeyes restaurants.

The Popeyes chain meant an additional investment by the brothers, but a wise one given the success of Popeyes in El Salvador and the commercial boom of national and foreign franchises in Costa Rica, spear headed by the aggressive expansion plans of McDonalds, KFC and Rostipollos.

The Dairy Queen store in Multiplaza Escazú was to have opened in July. No word yet when opening day will be.

The soft serve formula was first developed in 1938 by John Fremont “Grandpa” McCullough, (1871‒1963), and his son Bradley. They convinced friend and customer Sheb Noble to offer the product in his ice cream store in Kankakee, Illinois. On the first day of sales, Noble dished out more than 1,600 servings of the new dessert within two hours.