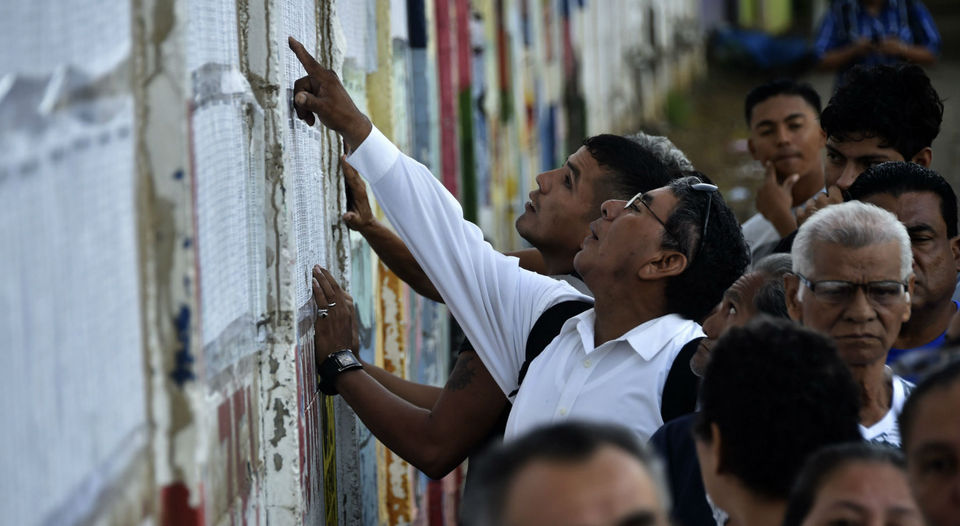 (Today Nicaragua) Despite a ‘massive’ abstention, threats and harassment at election centres, some centres staying open past the 6:00pm closing time, Nicaragua has voted. And though the official results aren’t in at the time of this post, President Daniel Ortega is president-elect and his wife, Rosario Murillo, vice president-elect.

This is the second consecutive reelection for Ortega.

For Murillo, this is the first time she will be holding an elected post, her high-ranking position in the Ortega administrations up to now had been by appointment by her husband.

The opposition is calling for new and transparent elections due to the low turn out.

“It is evident throughout the country that voter abstention was massive. We have calculated between 70% to 80% based on preliminary results,” Violera Granera, head of the Frente Amplio por la Democracia (FAD) party said during a press conference.

The low voter turn out was most notable in municipalities traditionally held by the Frente Sandinista (FSLN), according to Granera.

Some 3.8 million Nicaraguans were called to vote for Sunday’s election for president, vice president and legislators of the National Assembly.

During the day many Nicaraguans chose to heed the call of the opposition not to vote. One of those was Monseñor (Catholic Church Bishop) Mata, who told La Prensa he would “not endorse an illegal process.”

In Costa Rica, Zoilamérica Ortega Murillo, the daughter of the power couple, called the election a “farce, mounted by Daniel Ortega to ensure his re-election”.

Joined by fellow Nicaraguans dressed in blue and white and carrying the Nicaraguan flag, they protested  in the streets of downtown San Jose (Costa Rica), shouting “free and transparent elections yes, dictatorship no”.

Back in Managua, the power couple and the FSLN so sure of their victory began organizing the victory party in the Plaza de las Victorias.

QCOSTARICA - Sexual orientation is the second topic that...
Rico's Digest