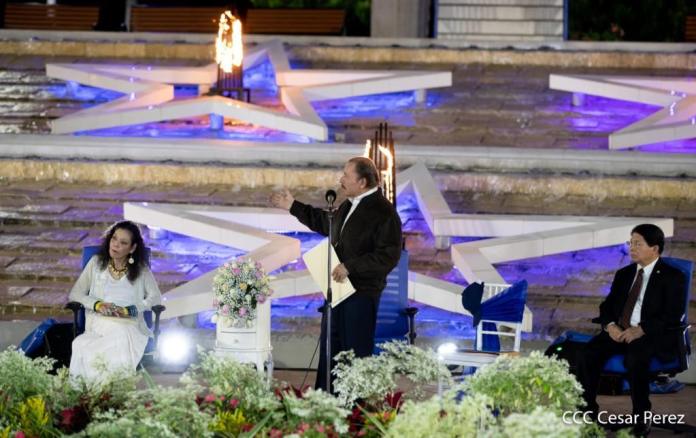 TODAY NICARAGUA – On Friday, December 18, Nicaragua president Daniel Ortega sent a new “urgent” bill to the National Assembly. Called “defense of the people’s right to independence, sovereignty and self-determination for peace”, it prohibited the inscription of candidates that the regime considers “coup promoters”.

On Monday, December 21, Sandinista legislators in Nicaragua’s National Assembly approved the new law that essentially bars the opposition from participating in the Nicaraguan elections scheduled for November 2021.

The law also prohibits anyone from running who applauds “international sanctions” imposed on Ortega’s family and government functionaries. The sanctions referred to were imposed by the US, Canada, and the EU for serious human rights violations.

Critics call it “illegal” and “unconstitutional”.

The Law received immediate general approval, while discussions continue about specific items. As with all recent legislation that Ortega has sent to the Legislature, the bill received 70 votes from the FSLN majority, while the 14 legislators from the Liberal Constitutionalist Party (PLC) cast votes in opposition.

The approved bill was published in La Gaceta this Tuesday morning, within 24 hours of being approved.

The contents of the bill were left practically unaltered from its proposal. Specifically, it bars Nicaraguans who “lead or finance a coup d’etat; those who alter the constitutional order; those who foment or encourage acts of terrorism; who take part in actions that undermine national independence or sovereignty and self-determination; who incite foreign interference in internal affairs; as well as those who ask for military intervention; who organize with financing from foreign powers to carry out acts of terrorism and destabilization.”

Such citizens “will be [considered] traitors to the nation, and hence unable to opt for public posts in elections.”

Moreover, the prohibitions don’t stop there.

The measure bars those who: “propose and support economic, commercial and financial blockades against the country and its institutions.”

It further prohibits “those who demand, exalt and applaud the imposition of sanctions against the Nicaraguan State and its citizens, and all those who harm the supreme interests of the nation.”

In addition to keeping opponents from running, the law specifically maintains the repressive criminal sanctions. According to the text, the electoral prohibitions will be applied: “without affecting the corresponding penal actions established in Nicaragua’s Penal Code for acts of treason, crimes that compromise peace, and crimes against the Nicaraguan Constitution.”

With reports from La Prensa and Confidencial.

- Advertisement -
Paying the bills
Previous articleGas companies must change cylinder valves, not users
Next articleUnions of doctors and nurses demand “immediate confinement” until the New Year