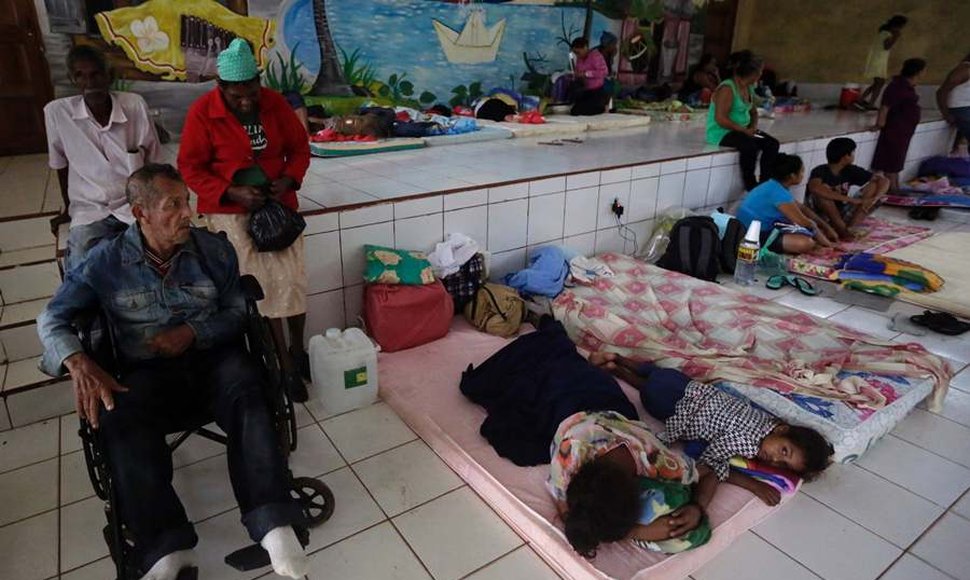 Thursday, 10:30pm – Hurricane Otto is within minutes of making landfall, bearing down on the Caribbean coast of Nicaragua a few km/h shy of a Category 3 hurricane.

The National Hurricane Center in Miami reports the Category 2 Hurricane Otto with sustained wind speeds of 175 km/h (178 to make it a category 3).

The government has ordered evacuations along parts of their Caribbean coasts, most notably the Caribbean coastal city of Bluefields, a city of 45,000 inhabitants, closed schools and mobilised emergency crews.

Otto was projected to slowly pass along the Nicaragua-Costa Rica border, a mostly rural path that would miss the two countries’ populated areas, but at the last-minute it turned slightly north, south of Bluefields who was hit by category 2 Joan in 1988.

Some Nicaraguans near the southern border were crossing into Costa Rica, hoping it would be safer there, according to locals.

Otto has already proved deadly in Panama, where its outer band of rains and wind caused a mudslide that killed four people on Tuesday. This morning the rains are still affecting the “canalero” (canal) country.

Otto is a rare, late-appearing hurricane in the Atlantic storm season, which runs from June to the end of November.

It is also on an unusually southern trajectory.