#DEBUNKED: No girl died in clashes in Cañas 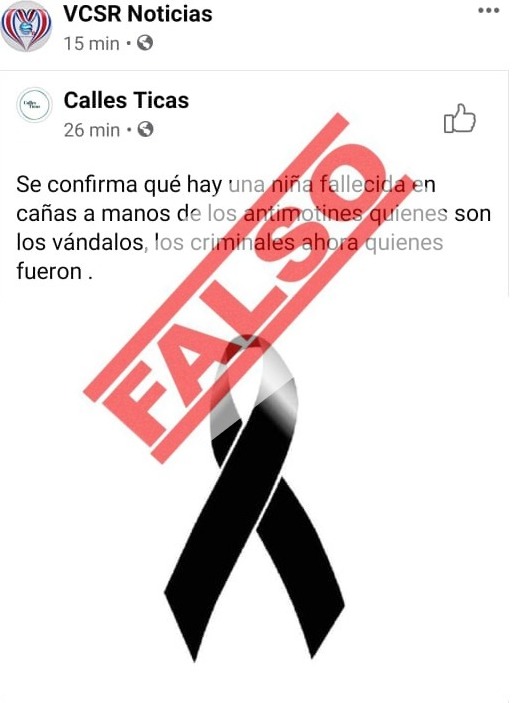 #DEBUNKED – The Ministry of Public Security (MSP) categorically rejected that a young girl died in Cañas, Guanacaste, after the clashes in the area on Thursday, after false messages circulated on social media networks.

The MSP Press office sent the message to all the media.

If you receive a message stating that a girl was killed in Cañas at the hands of riot police, ignore it since according to MSP it is “false.”

The authorities also denied the deaths of officers in the riots.

- Advertisement -
Paying the bills
Previous articleKeep your distance, go with few friends, carry a mask and face shield
Next articleOctober 12 is NOT a holiday, student community the commemorations mandatory

QCOSTARICA - In the second week of the new...
Honduras