COSTA RICA NEWS – Elected by a coalition of the Citizen Action Party (PAC), the leftist Broad Front and National Liberation party, new ombudswoman Montserrat Solano did not announce any grandiose plans. She told the press that she would launch right into some 609 complaints that have backed up. 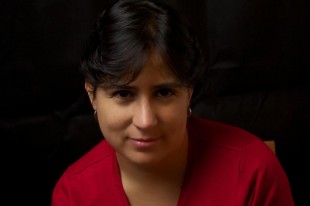 The main reason for the backlog is simple — the Legislative Assembly did not see fit to elect a backup for the job, so when scandal (having nothing to do with the office) cropped up and caused the unexpected resignation of Solano’s predecessor, no one could fill the vacuum.

Solano told news radio ADN 90.7 FM that before she could make the largely ceremonial rounds of conferring with social sectors and institutions, she had to see to the complaints. The office is to bring to the attention of government places where their efforts neglect the average citizen.

The backlog takes in a wide number of worries: health, municipalities, environment, education, subjects of concern about children and women. The institution is expected to publicize situations where citizens are treated unfairly or are neglected.

Solano was representative to the International Criminal Court in The Netherlands and cannot begin work until she arrives from abroad next week. The journalist and lawyer replaces Ofelia Teitelbaum who resigned due to a dispute over taxes and a possible land registry fraud.

QCOSTARICA - Characteristic of the rainy season, we will see rain in the afternoons and nights in the Central Valley, the entire Pacific coast,...
Environment