Public health officials in Costa Rica are hard at work to control outbreaks of two dangerous infectious diseases: Dengue fever and H1N1. Both diseases are taxing the resources of the Caja Costarricense de Seguro Soical or La Caja (Costa Rica’s system of public health care facilities) and the Ministry of Health, although both entities are confident that the country’s mortality rate on those two diseases will remain as the lowest in the Americas. 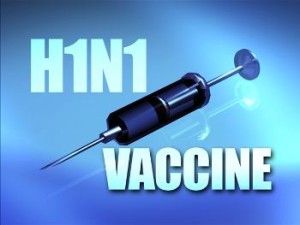 According to online news daily Costa Rica Hoy, health officials from La Caja estimate that more than US$500 million have been spent on treatment and paid sick leave of patients who fall ill from dengue fever. According to actuaries studying figures from La Caja’s hospital and epidemiological expenditures, the costs in 2013 have not only been higher than in the previous year; they are also higher than similar costs during 2008 and 2009 combined.

Dengue hemorrhagic fever, which can be fatal, has already claimed a couple of lives in Costa Rica. The Ministry of Health has been actively involved in controlling the vector population of Aedes aegypti, the carrier mosquito that breeds in stagnant pools of water located in the tropics. Efforts in controlling this potentially deadly insect include habitat destruction and fumigation.

Although the number of dengue fever cases are multiplying in Costa Rica, health authorities have managed to keep mortality down. Such is not the case is in Honduras, where the AFP news agency reports that five people have died from the disease. Nicaragua has lost five people to dengue, and the disease has traveled beyond Central America to the Madeira region of Portugal, Pakistan, Greece, and the Philippines. It is in this last island nation, however, where hopes are high for a dengue vaccine to emerge in the near future.

The Elusive H1N1 Vaccine
There is also concern over the influenza A virus subtype H1N1, which reached pandemic proportions in Costa Rica between 2009 and 2010, when 50 people died from this deadly infectious disease. The Ministry of Health has reported that eight people in Costa Rica have succumbed to this powerful flu strain, for which vaccine availability is scarce these days.

H1N1 vaccine production for the Northern Hemisphere starts in October of each year, which coincides with the mutation of this pesky virus. These vaccines have a shelf life of about seven to eight months, and right now they are desperately needed in Costa Rica, the Caribbean and North America. For this reason, the Ministry of Health in Costa Rica warns against unscrupulous pharmacists and drugstores that may offer H1N1 vaccines that have already expired to unsuspecting patients.