It’s Do or Die For Mexico! 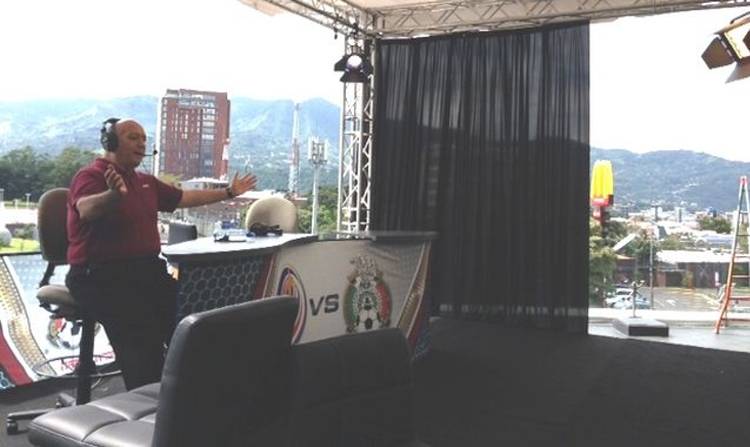 Win and they’re in. Anything else and … well, it’s complicated. That’s the situation facing Mexico’s national soccer (futbol) team as they head in the final match day of the CONCACAF qualifying tournament for next summer’s World Cup in Brazil.

Mexico needs to win, the United States needs to beat Panama (in Panama) and Jamaica has to take the home game against Honduras for the “El Tri” to head to Brazil next year.

MORE: Only a Win vs Costa Rica Can Make Mexico Happy

Here are the possible scenarios faced by Mexico, from best to worst:

• If Mexico beats Costa Rica by at least two goals and winless Jamaica beats Honduras, Mexico would move past Honduras into third place and join the U.S. and Costa Rica as one of CONCACAF’s three automatic qualifiers for Brazil.

• If Mexico plays Costa Rica to a draw or if Panama does not beat the U.S., Mexico will finish fourth in CONCACAF, advancing to a two-leg playoff with Oceania champion New Zealand next month with a World Cup berth at stake.

• If Mexico loses to Costa Rica and Panama beats the U.S., then Mexico is eliminated from the World Cup for the first time since 1990 and Panama moves on to play New Zealand.

And that is the fervor that is being lived in Costa Rica today, a chance for the Ticos to hold down Mexico, their long time rival, not just in the soccer field.

In and around La Sabana, the Policia de Tránsito (traffic police) began regulating traffic all around the park. German Marín, the director of the Tránsito told the Q that the traffic controls will be intensified starting at 3pm, with closures and spotchecks.

With the Circunvalación closed and some 35.000 fans headed for the Estadio Nacional (National Stadium), best is to stay clear of the area.

The Ministro de Seguridad Pública, Mario Zamora, said during a television interview at noon that the authorities are prepared for what may or may not happen, from a quiet and peaceful game, to the worst case scenario. Zamora would no speculate what that would be.

Today’s games is also making it presence outside of Costa Rica. ESPN has camped out on the balcony of the Scotiabank building, across from the stadium, transmitting live from before noon. Fox Sports is in the Plaza de la Cultura in downtown San José with a live coverage of the events surrounding the game.

- Advertisement -
Paying the bills
Previous articleFoto Of The Day: Lee Bothma’s Antelopes in a Misty Sunset
Next articleThousands of Costa Rica Schoolchildren Washed Their Simultaneously To Break World Record

QCOSTARICA - For today, September 19, vehicles with EVEN...
Central America