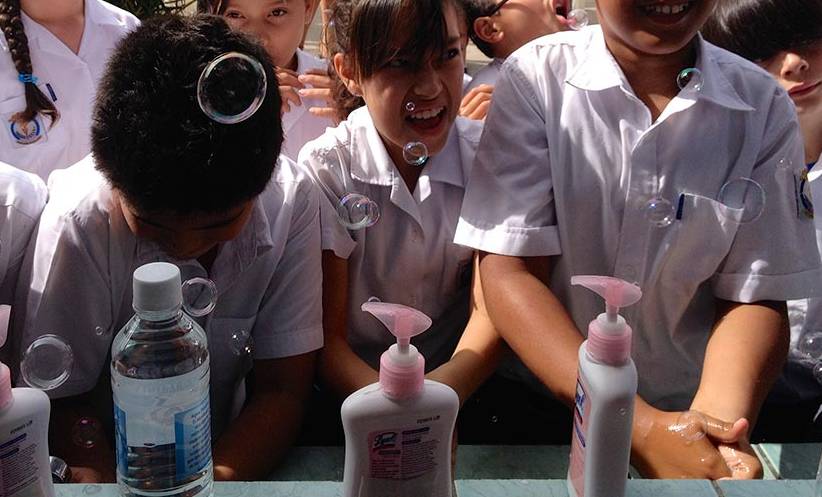 Thousands of students from all schools across Costa Rica today washed their hands simultaneously taking part in the Global Handwashing Day, an event celebrated around the world each year on October 15th.

The main event took place at the school Juan Santamaria in Curridabat with the participation of the minister of Education, Leonardo Garnier and the minister of Health, Daisy Corrales.

The results will be known in January when Guinness announces the official count.

Global Handwashing Day was originally created for children and schools, but can be celebrated by anyone promoting handwashing with soap.

Each year, over 200 million people are involved in celebrations in over 100 countries around the world. Global Handwashing is endorsed by a wide array of governments, international institutions, civil society organizations, NGOs, private companies, and individuals.

- Advertisement -
Paying the bills
Previous articleIt’s Do or Die For Mexico!
Next articleNicaragua Blames Pastora For Building Canals Without Authority