I was going to call this column “The Hidden Costa Rica,” but then I realized all of Costa Rica is hidden. I’ve traveled the world, but have never found it harder to get information about the most basic things than in this user-unfrienldly paradise. I guess I shouldn’t be surprised, given my house doesn’t have an address.

Want to mail a package, or receive one? Renew your driver license, go to a soccer game, find out what concerts are coming to the country? Good luck. I’ve been visiting Costa Rica for 18 years and now spend half the year here, but I knew Hong Kong better after three days than I knew Costa Rica after three years.

Want to take a local bus? True, the terminals are marked, but not the stops, nor the times. I looked for printed routes, or online information, but none exists. I asked locals, but they only know about the buses they take themselves. You just have to get on and see where it goes.

And if you want to save the driver the trouble of making change – Costa Rica the only country left where people still pay fares with coins? – how do you know the fare? It can be 390, or 370, or 340. True, the fare is printed on the windshield, but that doesn’t mean it’s accurate. The other day I gave the fare printed on the windshield, only to have the driver ask for ten colones more. I pointed to the figure, but that didn’t seem to matter.

Costa Rica is the nearest country I’ve ever come to the Twilight Zone. The Soviet Union and Paraguay were more oppressive. Costa Rica isn’t oppressive. Oppression requires lots of information. But no country on earth is more inept at simple communication. 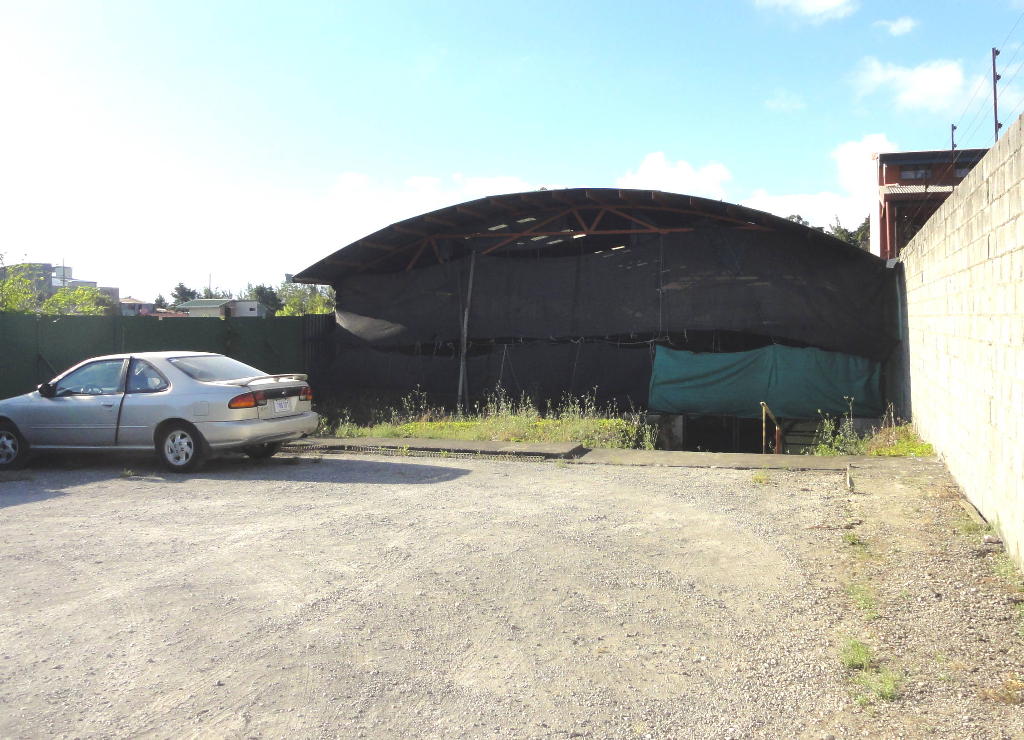 The first time I took a taxi to Jaco the driver got lost. How do you get lost on the way to Jaco? The first time I asked my girlfriend where she lived she gave me a landmark, a small bar, that was a mile away from her house! When I recently went to Banco Nacional to pay for a visa application, the clerk told me I needed two copies of the receipt I had handed her.

I’d followed the instructions on the embassy’s page very carefully. Nowhere did it say I needed two copies. The clerk clearly wanted me to leave her desk so she could serve the next customer. But I couldn’t understand the problem. If she needed another copy, why didn’t she simply make one? She said she couldn’t. I would have to leave the bank, find a printer, make one copy, come back, take a number and wait once more in the interminable queues that are the bane of the Costa Rican financial system.

I said, “You’re a bank. You have copy machines.” She finally got up and made the copy. It took less than 30 seconds.

So imagine my delight, when after nearly two decades of wandering the information desert of this tropical country I found a tennis court five minutes’ walk from my house! 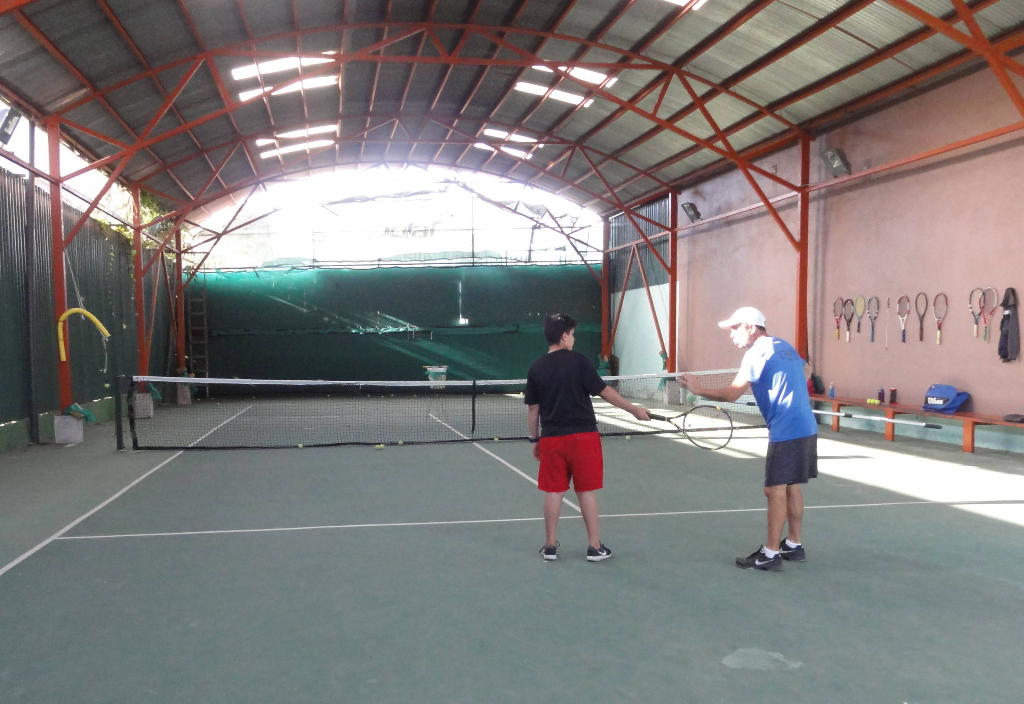 Tennis is one of my passions, one of the few things I can’t live without. But except for soccer, drowning in riptides, and the pothole slalom, Ticos seem to care nothing for athletics. There aren’t any sports teams in schools and I’ve never seen an actual basketball rim, only desecrated backboards in public parks. When I came here the only tennis courts I saw were in hotels. I even stayed at the Costa Rica Tennis Club in Sabana one week, just to play. 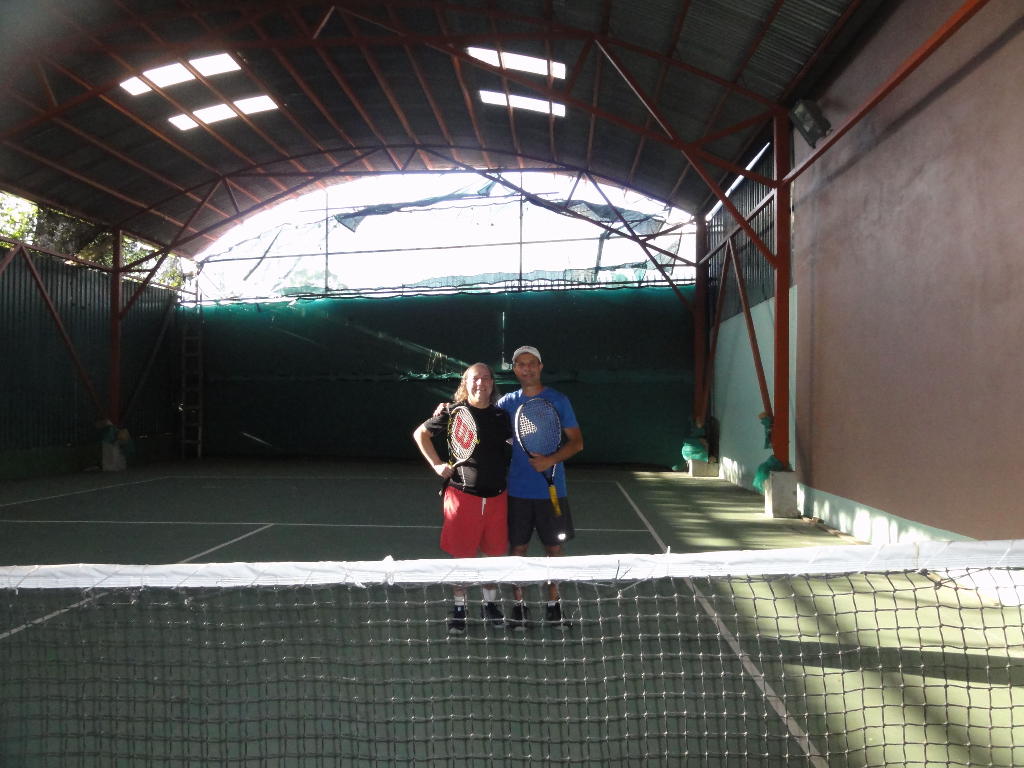 Then one day I changed my normal walking route and spotted a tiny, handwritten sign, “Tenis” on a quiet street corner. Like Dorothy in the Wizard of Oz, I followed the yellow brick road—in this case potholed gravel—to a cul-de-sac with rabid dogs and crowing roosters. There, like the Emerald City itself, was a green gate. A single tennis court, covered against the Coronado rain, but otherwise open to the mountain air, rose like a pinnacle of civilization.

I dared not ask Sergei, the pro, how long it had been here. The worst kind of suffering is needless suffering, and I didn’t want to know that I might have been playing tennis regularly all these years. Nor did I want to contemplate that perhaps all my other Costa Rican dreams and wishes were only five minutes’ walk away, but that, in this most labyrinthine of countries, I would never find them.

Academia de Tenis el Fortin. 12,000 colones per hour, either lessons or to play on the court. No membership required. By appointment at 8937 3992.

Extension of driving priviliges for tourists has not happened yet

EXPAT FOCUS - We wish that it were true, but claims...
Read more

Costa Rica is one of the world’s most desirable ex-pat locations...
Read more

Hospitalizations of under 50s with covid-19 concerning

Q MAGAZINE - Alejandra Guzmán assures that she is devastated with everything that has been said about the privacy of her family in recent...
Limon

QCOSTARICA - For the third consecutive night, the Ruta 32, which connects San José with Limón, was closed from 7 pm Friday and until...
Health

QCOSTARICA - This Monday, April 29, 2021, Costa Rica began vaccinations with the Astra Zeneca vaccine with the Minister of Health, Daniel Salas, being...
Photos of Costa Rica

The capital seen from the north of Cartago. Photo: Rafael Pacheco
Culture

QCOSTARICA - The building that housed the Key Largo adult entertainment center, in the heart of San José, will have a new facet: it...
Front Page

QCOSTARICA - Following is a translation of the editorial in La Nacion Friday following the report that the last 3 kilometers of the expansion...
Economic Recovery

QCOSTARICA - With 89,263 international arrivals, March became the month with the best tourist visitation to Costa Rica since the gradual reopening of the...
Health

QCOSTARICA - The number of patients with covid-19 is advancing by leaps and bounds. This Monday, 571 people were hospitalized, 263 in an Intensive...
Health

QCOSTARICA - The illegal market for false covid-19 tests has already produced 15 complaints and an alert call, this Wednesday, by the College of...