Doctor With Cure For Homosexuality Cancels Talk At Conference

Spanish doctor, Jokin de Irala, who promotes a cure for homosexuality, has cancelled his talk scheduled today during the Bioethics conference. 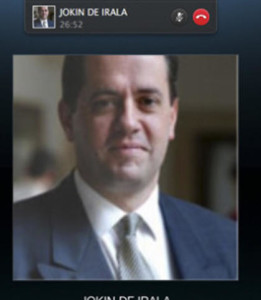 Alexandra Loría, one of the organizers of the vent, said that cancelling the Irala speech follows Wednesday’s ruling by the Constitutional Court annulling a the declaration by the Ministry of Health, the Bioethics conference being one of “public interest”.

The doctor has refused to address the press on the cancellation.

TODAY NICARAGUA – The Nicaraguan government assures that the imprisoned political opponents detained on charges of “inciting foreign intervention” are “usurpers” financed by the...
Entertainment