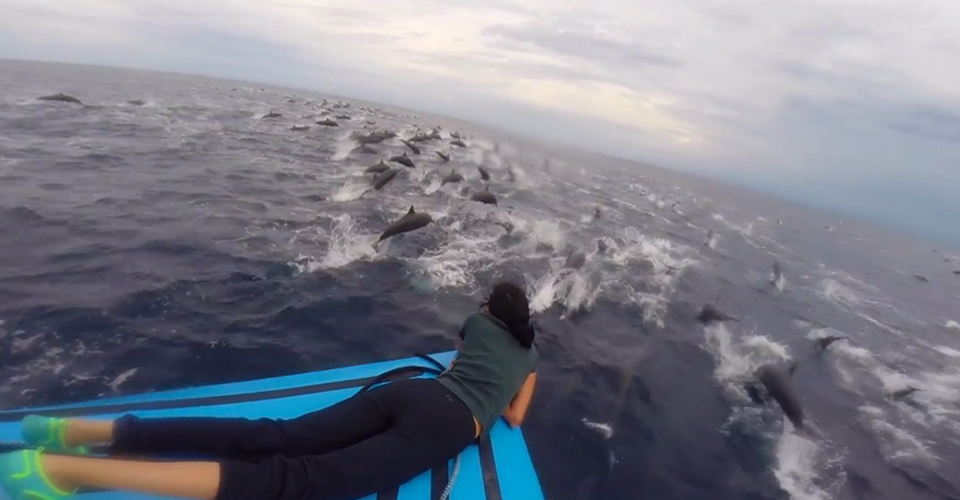 COSTA RICA LIVING – “It was spectacular,” says Shawn Larkin, who recorded the video of the impressive pod of dolphins west of Bahía Drake (Drake Day), Osa, in the southern part of Costa Rica.

The video was made by the Tico-American, a tour guide of the area and living in Costa Rica since the 1980s.

Larkin told Ameliarueda.com, he has already seen this in the past, but impressive this time because the dolphins accompanied their journey for some time.

Larkin added that when recording the video, his wife and daughter were with him, who were immensely impressed with the marine show.