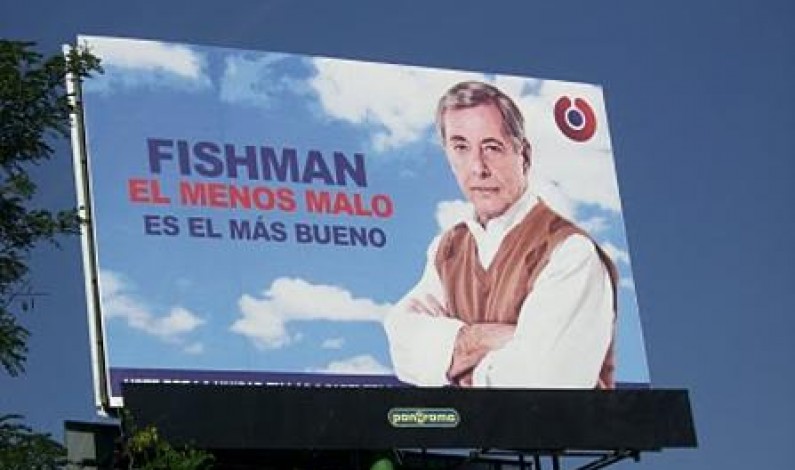 TICO BULL by Rico – Tuning in to CNN  this morning, too depressing the local news about all the shootings in this past week, I caught CNN’s New Day co-host Chris Cuomo using “the least bad” reference to the current state of the presidential campaign, quickly reminding me of the 2010 presidential election in Costa Rica, when one of the candidates dubbed himself “el menos malo” (the least bad).

In the case of Luis Fishman in the race against Oscar Arias, the media didn’t call him “el menos malo”, it was his full media campaign with billboards, print and television advertising.

At the time, many Costa Ricans saw Laura Chinchilla as a puppet of Oscar Arias, the ‘evil’ that many Americans see today Hillary Clinton as. The strategy by Fishman, I can only speculate, was to take advantage of that sentiment, ride on a wave of change and ask the people to vote the least bad. The third player in this least bad scenario was perennial presidential candidates Otton Solis and Otto Guevara.

Will Donald Trump suffer the same fate? Fishman isn’t Trump. And Costa Rica is not the United States. But I can’t help wondering how politics of late has reached such lows.

After four years of getting the “medium bad”, since “el menos malo” lost, in 2014 Costa Rican voters responded by electing the candidate who rode the wave of bringing change to Costa Rica.

Luis Guillermo Solis won by a landslide after his opponent, Johnny “I am back as mayor of San Jose” Araya quit campaigning.

Two years into the Solis administration we all know how that, the change, is working out.

PS, the “bad of the bad” and the “mildly bad” are currently still acting as legislators, while the “little bad” has got herself a cushy job teaching at Georgetown University. The ‘evil’ recently decided to sit out (for now) the 2018 election, paving the way for the lesser evil that goes by the name of Maria Jose Figueres.