Don’t Throw Away Your Old Calendars 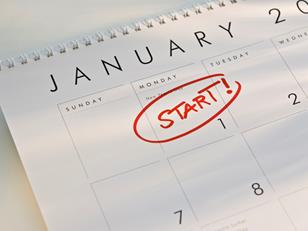 That means if you’ve got any World War I-era datebooks or disco-themed calendars on hand, those are still valuable too.

ust a word of caution: if you do decide to use the throwback calendars, make sure you don’t confuse notes like “Woodrow Wilson speech” or “Abba concert at Studio 54” with stuff you actually have to do today.

And for a more useless fun fact, here is a brain teaser.

Why then, in 2011, when Christmas on a Sunday, but New Year’s Day was on a Saturday?

QCOSTARICA - A 30-year-old man, who posed as a dentist, set up an office in the garage of a house in Siquirres, Limón, where...
Today Costa Rica

QCOSTARICA - Costa Rica will extend the restrictions of its land borders until April 1, confirmed Casa Presidencial (Government House) on Thursday. As in the...
National

QCOSTARICA - Due to an improvement in the epidemiological situation of the health emergency, starting March 1, the only daytime vehicular restrictions for the...
Economic Recovery

QCOSTARICA - Consumer pessimism decreased slightly for February 2021, compared to November of last year, however, uncertainty around the economy remains high and the...
San Jose