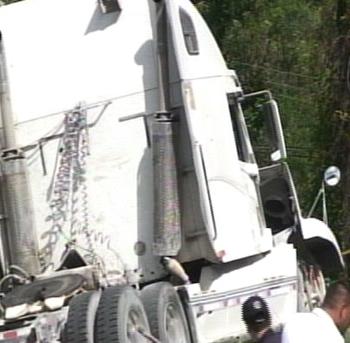 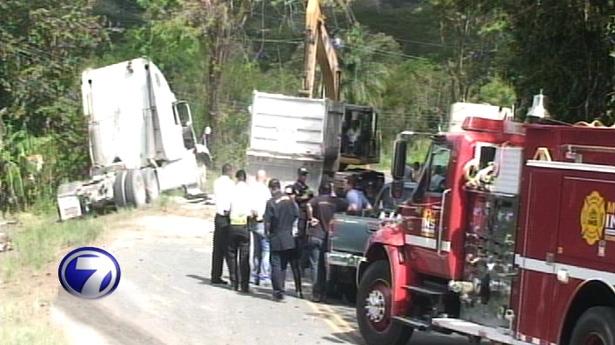 It was Saturday evening, around 11:30pm, when a group of three couples were coming home from a party to celebrate the birthday of one of them. It was also the time that Victor Chavéz Valle, was leaving the local bar north of Liberia,  also celebrating his birthday the following day.

The heavy rig was headed for La Cruz with a load of stone and gravel, while the six were heading south, headed for home.

As fate would have it, the two vehicles – the small, overcrowded Toyota Corolla, slammed into the heavy truck head on, causing the truck to jack knife and the loaded trailer to flip over on its side right on top of the small vehicle.

The driver of the heavy rig, who did not suffer any injury, was found to have a blood alcohol content of 1.70.

The legal limit is .75. The new traffic law calls for a prison term of six months to two years for anyone driving over the legal limit. The same law also calls for a prison term of six to eight years for anyone causing death. The final decision will rest with a court that will determine the degree of responsibility and take into account the number of victims and magnitude of the damage caused.

Based on this, if the truck driver is found guilty and give the niminum sentence for the deaths, it would be six times six or thirty six years, plus the years for driving under the influence.

For the time being Chavéz Valle will be spending the next four months in preventive detention while authorities fully investigate the accident and assign blame.

Five of the six dead were buried in La Cruz on Monday as hundreds of friends and family attended the funeral. The sixth victim, at the request of the mother, will be buried Wednesday in her native area of Nicoya.