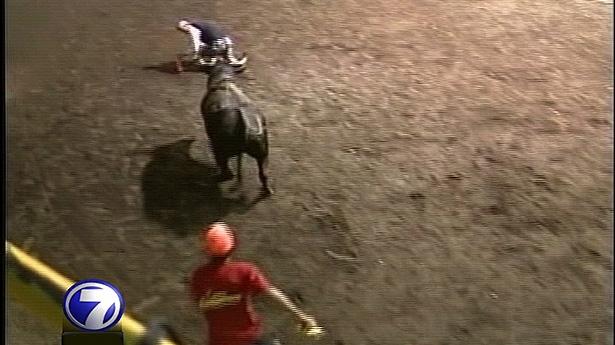 Melvin Valverde Villalobos lost his life in the bull ring in the Palmares Festival Monday night. The 26 year old “improvisado” (amateur) bullfighter – well in reality part of a bunch of guys runnig in front of and away from the bull – was thrown in the air and snapped his neck bouncing on the dirt.

Valverde, like dozens every evening during festivals around the country, entered the bullring with a group of friends. This was his first time.

The Cruz Roja (Red Cross) said the young man did not survive the neck wound despite being rushed to hospital.

The death has re-awakened call to end the improvised games.

Q24N - Guatemala on Tuesday received 200,000 doses of the vaccine against covid-19 donated by India, which it will use to complete the immunization...
Economy

QCOSTARICA - The International Monetary Fund (IMF) finally said yes to the loan for almost US$1.78 billion and to the fiscal adjustment commitment proposed...
Front Page

QCOSTARICA - Friday night, Costa Rica paid tribute to the memory of all the people who have lost their lives due to the pandemic...
San Jose

QCOSTARICA - After a year of no work, engineers, technicians, producers, cleaners, food and beverage personnel, among others, held a peaceful march this Thursday...
Living in Costa Rica

QCOSTARICA - The Ministry of Public Works and Transportation (MOPT) announced Thursday that it will grant a grace period for six (6) more months...
Health

QCOSTARICA - A total of 24 travelers, so far, face problems with the law when discovered trying to leave Costa Rica, through the San...
Latin America

Q REPORTS - Poverty in Latin America increased in 2020 to the highest levels in the last 12 years, reaching 33.7% of the total...
World