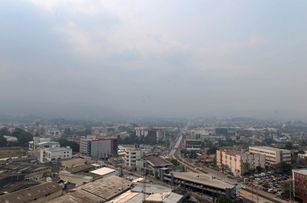 Drug traffickers are forcibly taking over tribal lands and clear-cutting virgin forest to make clandestine landing strips for drug flights, according to authorities. Such activities have deprived local indigenous tribes of food and disrupted their traditional lifestyles.

Leaders of the Miskito, Pech and Tawahka tribes said there were at least 39 operational drug trafficking airstrips on their lands in eastern Honduras. Drug traffickers land two or three flights a week on some of the clandestine air strips, according to a report in insightcrime.org.

Organized crime operatives used armed guards and wire fences to keep indigenous people away from the areas around the landing strips. This prevents members of the Miskito, Pech and Tawahka tribes from hunting, fishing in area rivers, and tending to their farm crops, which include rice, sweet manioc, and yams.

Drug traffickers are also putting the indigenous population at risk by engaging in violent gun battles with organized crime rivals.

Indigenous tribes are often caught in the middle of such violence, and many have left their homes to avoid the bloodshed.

For example, in the Mosquitia region of northeastern Honduras, five indigenous tribes have partially or totally abandoned their land, according to press reports. The 2,000 members of the Tawahka community are considering moving women, children and the elderly out of their homes in Honduras to relative safety in neighboring Nicaragua.

“Violence, organized crime, illegal mining and other criminal activities are destroying these indigenous communities,” Sosa said. “The organized crime syndicates are wiping out the cultural, economic, and natural resources of these peoples.”

Cooperation between tribal communities and state security forces is crucial in the fight against drug traffickers, the security analyst said. Criminal organizations operating in tribal areas are also recruiting young people by promising large amounts of cash to engage in criminal activities.

“Indigenous communities need to collaborate more with the state to avoid being victims of these criminal predators,” he said.

In addition to disrupting the lives of indigenous people, drug traffickers are destroying vast swathes of irreplaceable rainforests in Honduras and elsewhere in Central America, according to a report published in the January, 2014 issue of the U.S.-based magazine Science.

Deforestation rates in eastern Honduras had actually been on a slight decline until 2007. That’s when Mexican organized crime groups such as Los Zetas and the Sinaloa Cartel significantly increased their operations in the area. They began moving into the area in response to increased pressure by Mexican security forces.

The rate of forest loss in Honduras increased dramatically with the surge in organized crime. Between 2007 and 2011, forest loss in environmentally sensitive areas in eastern Honduras increased nine-fold, from approximately 20 square kilometers in 2007 to approximately 180 square kilometers in 2011, according to the Science report.

The problem became so severe that in 2011 the United Nations Educational, Scientific and Cultural Organization (UNESCO) designated Honduras’ Río Plátano Biosphere Reserve, one of the few remaining tropical rainforests in Central America, as a “World Heritage in Danger” zone. The Biosphere Reserve is home to a number of threatened or rare animal species, including giant anteaters, jaguars, ocelots and macaws.

Not all of the deforestation is attributable to drug traffickers. Non-drug related commercial logging, agribusiness and other factors also are major causes of deforestation in Honduras.

But in a vicious cycle, drug traffickers often “launder” their drug money by investing it in logging and agribusiness operations that also cause deforestation.

“The vast profits that traffickers earn from moving drugs appear to create powerful new incentives for (drug traffickers) themselves to convert forest to agriculture (usually pasture or oil palm plantations),” the Science report states. “Buying and ‘improving’ remote land (by clearing it) allows dollars to be untraceably converted into private assets, while simultaneously legitimizing a (drug trafficker’s) presence at the frontier.”

QCOSTARICA - The multipurpose national stadium, the first modern sport and event arena to be built in Central America, located La Sabana. The stadium was...
Reports