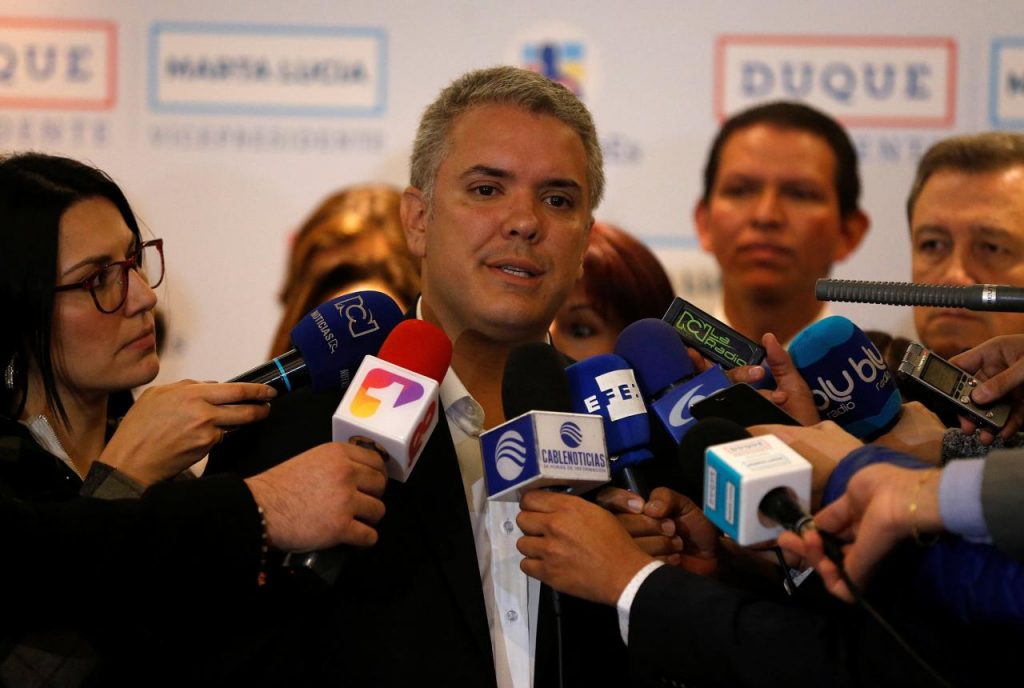 BOGOTA (Reuters) – Right-wing candidate Ivan Duque kept his lead over rivals ahead of Colombia’s May 27 presidential election, with 35 percent of voters saying they planned to back him, a survey by YanHaas showed on Thursday.

Support for Duque, a protégé of former President Alvaro Uribe, fell 3 points from the last YanHaas survey in April.

Leftist candidate Gustavo Petro, a former M-19 rebel and ex-mayor of Bogota, was in second place with 26 percent, down 2 points from the last survey by YanHaas.

Centrist Sergio Fajardo was third with 14 percent and support for center-right German Vargas Lleras was 6 percent.