Venezuela’s Maduro gets support from Erdogan, Maradona ahead of vote 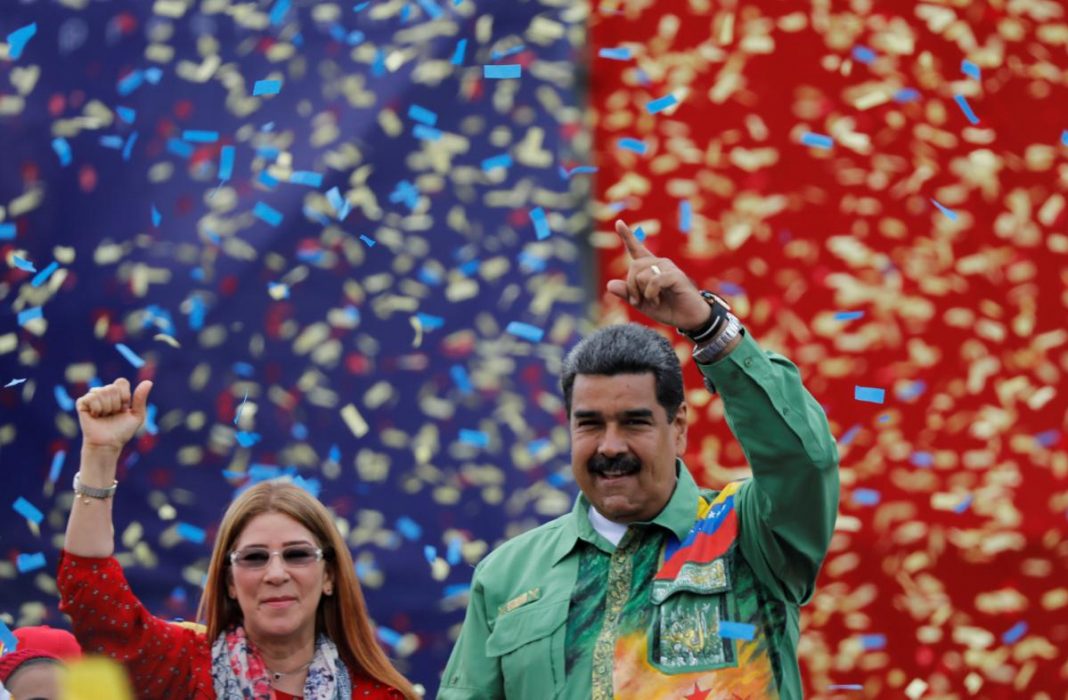 CARACAS/BARQUISIMETO, Venezuela (Reuters) – Venezuela’s diplomatically isolated president got a show of support from his Turkish counterpart Tayyip Erdogan and Argentine soccer legend Diego Maradona on Thursday ahead of a weekend election widely decried as unfair.

The United States, the European Union and major Latin American countries have criticized Sunday’s vote in which leftist President Nicolas Maduro is likely to win re-election to a six-year term.

Critics say Maduro, a 55-year-old former bus driver who has presided over an economic meltdown, is virtually assured victory as two of his most popular opponents are banned from running and the electoral council is pro-government.

The Trump administration has threatened further sanctions and urged Latin America to cut off Venezuelan officials from financial systems and restrict their travel visas.

Any foreign shows of support are especially welcome to Maduro in the run-up to Sunday. On the campaign trail he has sought to legitimize his leadership, while playing down the brutal economic crisis that has Venezuelans skipping meals, succumbing to once controlled diseases, and emigrating en masse.

In a split screen chat broadcast on Venezuelan state television on Thursday, Maduro and Erdogan held a stilted, translated conversation that had several technical problems.

“I have faith you will be triumphant,” Erdogan told Maduro, whose main rival is former state Governor Henri Falcon, who broke with an opposition boycott to run for the presidency.

In turn, Maduro told Erdogan “Venezuelans are going to give a lesson on democracy and liberty to the world on Sunday.”

At Maduro’s closing campaign event later on Thursday in central Caracas, Maradona surprised the crowd by dancing to the rhythm of a catchy reggaeton song while waving a Venezuelan yellow, blue and red flag.

Maradona, who has called himself a “soldier” for Maduro, is well-known for supporting leftist politicians and was a friend of his predecessor Hugo Chavez and the late Cuban leader Fidel Castro, whose image is tattooed on his leg.

Maduro and Erdogan have both faced criticism for their authoritarian-style rule and seeking to snuff out dissent while mishandling their economies.

‘I WILL FIX ECONOMY’

Maduro regularly says a right-wing, U.S.-led campaign is sabotaging the economy in order to foment a coup and usher in a capitalist leadership.

“I will dedicate my life to fixing the economy of this country .. My spirit is renewed, my energy recharged,” Maduro told a crowd of red-shirted supporters at his rally, saying he had been loyal to Chavez’s legacy during his first term.

“The situation is unbearable. Look how hungry we are … I trust God that this goddamn president will go,” said Reina Morillo, 48, among hundreds of Falcon supporters at his closing rally in the central city of Barquisimeto.

Opposition lawmaker and economist Angel Alvarado told Reuters the government no longer cared about its legitimacy in Western eyes, but was looking to cement relations with the likes of Russia, China, Turkey and Qatar.

China and Russia have lent Caracas billions of dollars and both have significant oil fields in Venezuela, home to the world’s biggest crude reserves.

Turkey has a much smaller presence, but Turkish Airlines started flying to Caracas in 2016 – one of a few major international carriers to still service the chaotic country – and Venezuela’s government has said Turkey would invest in its new “petro” cryptocurrency.

Venezuelan opposition leaders say Maduro is selling assets on the cheap in an attempt to keep his cash-strapped government afloat despite a fifth straight year of recession and collapsing oil production.

At his final rally, Falcon waved a rendering of a $100 bill to remind voters of his proposal to dollarize Venezuela’s economy.

“I will free Venezuelan from dictatorship,” he shouted on stage to cheers from supporters. “Maduro, the people want to bid you good riddance because you have caused great harm.”

- Advertisement -
Paying the bills
Previous articleCosta Rica Exported More Than US$3.3 Billion In Technology
Next articleDuque Mantains Lead in Poll for Colombia election

Historic, Costa Rica would have 20 presidential candidates in 2022

QCOSTARICA - "I'm looking for oxygen because I have...
Cartago