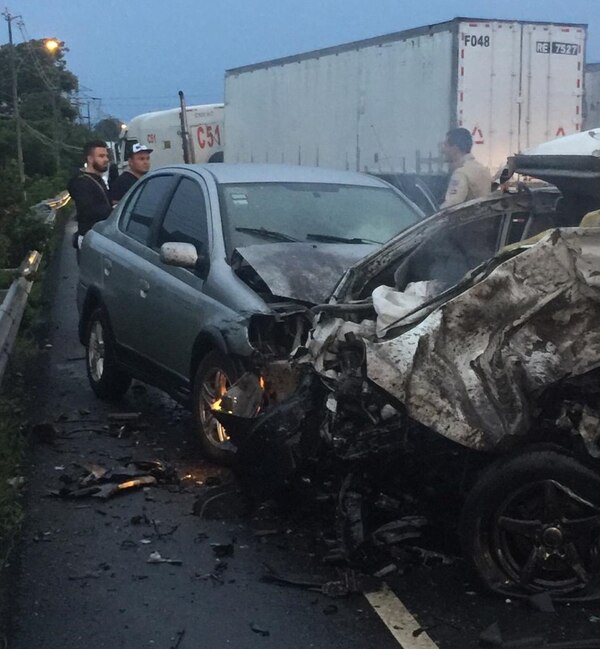 An early morning head-on crash on the Bernardo Soto, west of the San Jose airport, between a sedan and a tractor-trailer left one man dead and a complete shut down of the Bernardo Soto section of the Ruta 1.

The crash occurred minutes at 5:25 am, between the Rio Segundo bridge and the Coyol business park, spilling gasoline and oil on the roadway, forcing the closure of all four lanes while authorities investigated the accident and clean up crews did their thing.

Traffic reports had traffic congestion for up to five kilometers in each direction.

The impact left the sedan crumpled with the deceased driver entangled in the metal and plastic.

At the time, it was raining (it had been raining in the Central Valley since the night before) and the road slick. Apparently, unofficially, the big truck slammed into the small car, sending it spinning, stopping when it collided with another sedan.