Early Morning Prison Break Leaves One Dead and Capture Of Other 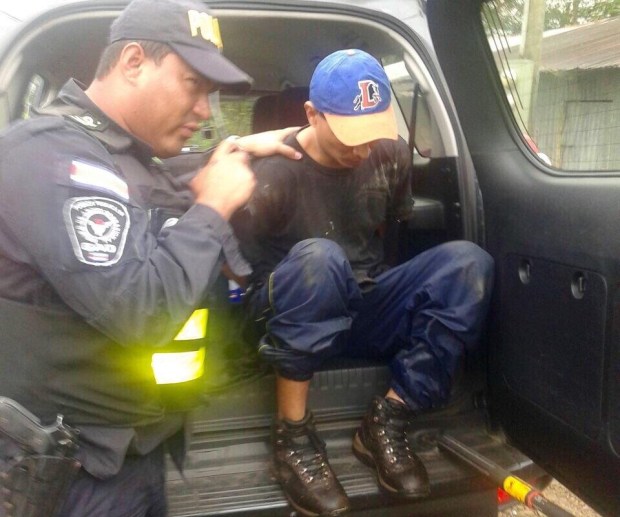 (qCOSTARICA) One dead and the other captured is the result of a quick action by the Fuerza Publica (police) and Policía Penitenciaria (prison police) in the early hours of Thursday morning, following the escape of two inmates at the La Marina prison in San Carlos.

It was around 3:00am when Adaptación Social (prison authorities) reported two prisoners, both Nicaraguan nationals, had left their cell through the ceiling, climbed to the roof and jumped the razor wire.

Police were alerted. Mounting an extensive search of the immediate are of the prison, one of the prisoners, identified as John Marcos Martínez Gómez, was shot by police. The other got away.

It was around 6:30am when police confirmed the capture of José Ramón Jirón Moreno, who had managed to travel a distance of some 4 kilometres from the prison, in a house in the town of Palmera, where he sought help from his injury sustained during the escape.

The La Marina prison is located some 15 kilometres east of Ciudad Quesada, near La Fortuna and Arenal. 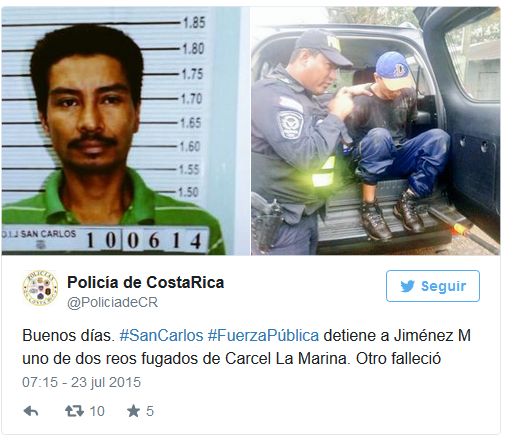