Latin America – Guatemala’s Attorney General Claudia Paz y Paz is being prematurely pushed out of office, an illustration of the ability of the country’s elites to manipulate the judicial system. 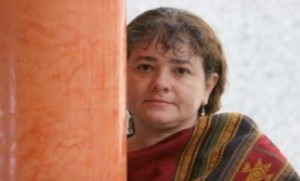 On February 5, the Guatemalan Constitutional Court ruled Paz y Paz must step down from her post in May, seven months before her term is scheduled to end in December, reported Reuters. The decision was based on a technicality. Since she assumed the position early to complete the term of her predecessor, who was removed from office, the court ruled her four years were up in May 2014.

The decision followed a constitutional challenge brought by a wealthy businessman, Ricardo Sagastume, reported The New York Times. In an interview with El Periodico, Paz y Paz, who is appealing the court’s decision, said, “Those who have been affected by the advance of justice are in a hurry to see me leave office.”

The efforts of Paz y Paz to combat crime and corruption in Guatemala have been praised by international bodies, and she was nominated for a Nobel Peace Prize in 2013. According to Attorney General’s Office figures cited by El Periodico, during her administration the country’s impunity rate has fallen from 95 percent to 70 percent.

Her work combating the Mexican criminal group, the Zetas, as well as battles against corruption and human rights abusers in Guatemala have resulted in the convictions of high level organized crime figures, police, politicians, and military officers. She also successfully brought former dictator General Efrain Rios Montt to trial for genocide — though the Constitutional Court later reversed the landmark sentence in that case.

While the attorney general’s tactics for tackling organized crime have been credited with improving the effectiveness of Guatemala’s justice system, they have also earned her powerful enemies. The country’s entrenched elites now appear to be pulling strings in the country’s highest court to engineer her departure.

Her exit raises concerns that ongoing investigations will come to a halt, along with progress against corruption and impunity. The International Commission Against Impunity in Guatemala (CICIG) has similarly seen its mandate challenged as it has uncovered judicial corruption and spoken out against impunity.

QCOSTARICA - The United States presented on Monday a plan to share 55 million doses of coronavirus vaccines worldwide, with approximately 75% of the...
Redaqted