Economists: “Dollar Exchange Rate Should Close The Year at 565 Colones” 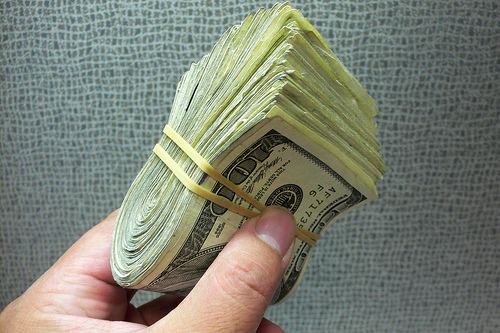 Economists at Acobo Financial Group are forecasting that the Dollar exchange rate will remain close to 565 Colones by the end of the year.

Luis Diego Herrera, analyst at Acobo, said that the highest levels of the exchange rate could affect the delay in the financial system, given the relative importance of dollar loans not generating income in the currency.  In addition to this, is the estimate by the Central Bank of a lower inflow of foreign financing to the country and the consequent loss of Net International Reserves (NIR) makes it likely that the exchange rate will see upward pressure for the remainder of 2016.

Eduardo Lizano, economist and former president of the BCCR, said the current president of the BCCR, Olivier Castro, should let the exchange rate fluctuate according to the market so that people can weigh the risks and know to borrow in the same currency of their income to avoid being prejudiced against sudden movements.

The policy of the Central Bank is to maintain a review of the Programa Macroeconómico (macroeconomic program) – a managed float – “to avoid violent variations, that means it will continue to intervene in the foreign exchange market by selling dollars to prevent further increases.”

The Central Bank president said “they will intervene at the moment they see fit (…)”, assuring that “rules of engagement” will not be announced to prevent the ‘monopoly power’ by some operators that could influence the price of the dollar.