Egypt: What Would ‘Don Pepe’ Do?

By Rob Eshman, JewishJournal.com – I spent Egypt’s second revolution in Costa Rica, in the jungle. It’s amazing what the past of one country can teach you about the present of another.

Our trip didn’t take us to San Jose long enough for us to visit the small but active Jewish community centered there. We landed and headed straight for Manuel Antonio National Park, a large stretch of Eden about three hours northwest of the capital.

It’s not news that of all the countries in Latin America, Costa Rica stands apart. It ranks No. 1 in environmental performance, No. 1 in press freedom, No. 3 in prosperity, No. 2 in democracy and No. 4 in business environment. According to the New Economics Foundation’s 2012 Happy Planet Index, Costa Rica is also No. 1 in happiness. Not just in Latin America — in the world.

When I asked Costa Ricans how this all came about, they all had one answer: It started in 1948 — with a coup.

Yes, just like what’s been taking place in the streets of Cairo. But, no, very different. The country had long periods of peace after it became independent from Spain, but in the mid-1940s, its conservative government was mired in electoral fraud and corruption. 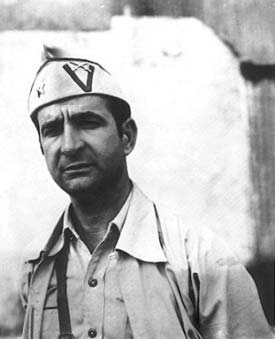 The opposition found a leader in the unlikely figure of José Figueres Ferrer. Son of an elite family, Figueres was an MIT-trained engineer who made his fortune growing coffee. He named his farm La Lucha Sin Fin —Struggle Without End — and turned it into a 1,000-worker socialist paradise. The studious, self-described “farmer-philosopher” stood just over 5 feet tall but carried a big mouth. After speaking out against corruption, he fled for his safety to Mexico.

There, he assembled a 700-strong Caribbean legion and stormed back. His forces defeated communist-led guerillas and the Costa Rican army in the bloodiest conflict in the country’s modern history — 2,000 dead and the farmer became president.

This is where it gets interesting. President Figueres immediately abolished the Costa Rican army.  He saw Latin-American militaries as the primary threat to democracy, and he replaced Costa Rica’s with a national police force. The money the country would have spent on armaments, it spent on education and infrastructure, trading, as Figueres put it, an army of soldiers for an army of teachers.

Then he did something truly astonishing.  After 18 months in office, Figueres resigned. In subsequent years, he would serve two more terms, promoting the Pan-American Highway and strengthening Costa Rica’s middle class. Figueres ignited deep, revolutionary changes while ensuring the peaceful democracy that has taken root in Costa Rica ever since.

Figueres died in 1990 at the age of 83, the George Washington of Costa Rica, all but forgotten elsewhere. I read everything I could on him, which wasn’t much. Scoundrels get all the best books and movies.

“Once there was a very tiny country, surrounded by war and killing, blessed with a good leader,” Newsday eulogized.

Not every country can be Costa Rica, not even Costa Rica. Despite its exceptional achievements, the country’s infrastructure is still underdeveloped, corruption remains a problem, and drug cartels are creeping into some areas.

The people are deeply unhappy with the administration of current Prime Minister Laura Chinchilla, whose approval rating of 26 percent earned her the title of least popular leader in all Latin America.

“Figueres did what he said,” a tour operator told me.  “She doesn’t do anything.”

The problem with the Muslim Brotherhood that ruled Egypt until the military-led coup last week is that it did what it said, and it didn’t do anything. It was true to the Brotherhood’s founding mission — to impose its religious vision on the world, and President Mohamed Morsi was incapable of enacting the reforms the country needed.

But make no mistake (and I’m speaking to you, David Brooks), it’s not just an Islamic issue — it’s what happens when fanatic religious ideology takes power. It’s not that Islamists are uniquely unsuited to rule — all fundamentalist minds are.
“Absolute faith corrupts as absolutely as absolute power,” Eric Hoffer wrote in The True Believer.  Fanatistan, whether Muslim, Jewish, Christian, Hindu or commie, is never a vacation destination.

Morsi’s loyalty, as is true of all religious fanatics, was not to each and every citizen, but to his faith.  But faith doesn’t need clean water, fresh food or a middle class. People do.

I returned from Costa Rica amid the Mavenocracy’s full-throated cries for President Barack Obama to “do something” in Egypt, along with the stunning insight that he faces no easy choices. But even in the midst of chaos and coup, it should be easy to tell who puts the needs of citizens and country first.

The simple test for Obama and for Egypt is to ask: WWFD — What Would Figueres Do? Opposing religious fanaticism in all its forms — that is today’s Lucha Sin Fin.

Rob Eshman is publisher and editor-in-chief of TRIBE Media Corp./Jewish Journal. E-mail him at robe@jewishjournal.com. You can follow him on Twitter @foodaism.

QCOSTARICA - Costa Rican President Carlos Alvarado is just another citizen when it comes to covid-19 vaccination, given his young age and good health,...
Tourism

QCOSTARICA - This Sunday, the Guanacaste Airport - a member of the VINCI Airports network - received the first of the daily flights from...
Redaqted

QCOSTARICA - Do you need a certificate of the COVID-19 vaccines applied in Costa Rica?  People who require a certificate that certifies the receipt...
Politics