Employers With Illegals Subject To Fines

COSTA RICA NEWS — Employers with workers with “irregular” immigration status, ie in the country as tourists, are subject to fines ranging from two to twelve basic salaries. 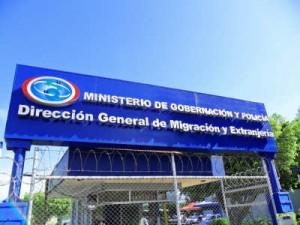 It is not uncommon for foreigners arriving in Costa Rica as tourists, obtain work and without the appropriate work permits from the immigration service or applying for residency or other type of permanent or temporary visa that would allow them to gain employment.

Gladys Jiménez, interim director of the Migración y Extranjería, explains “article 177 states that individuals or representatives of legal entities providing work or occupation to foreigners not authorized to do so (work) could be sanctioned by the immigration service.”

The director said that in many cases they have reviewed cases of the illegal workers, but not of the employer. Jiménez added that the control work by immigration officials is done in conjunction with the Ministry of Labour and the Caja Costarricense de Seguro Social (CCSS) or Caja as it is commonly known.

Most of the cases, according to the director, is based on complaints. So far this year the immigration service has investigated 138 complaints.

Jiménez explained that a person with tourist status who wants to work should first visit the immigration office to change their status and then can avail of the Ministry of Labour information on labour niches or job offers.

The director said that among the reasons conditions people work illegally in the country, they don’t plan to stay in the country for any length of time, or do not have the required paperwork to legalize their status.

QCOSTARICA - If it is proven in a final judgment that they did pay bribes to Conavi officials, several companies could be disqualified from...
Coronavirus