End of an era in Cuba? 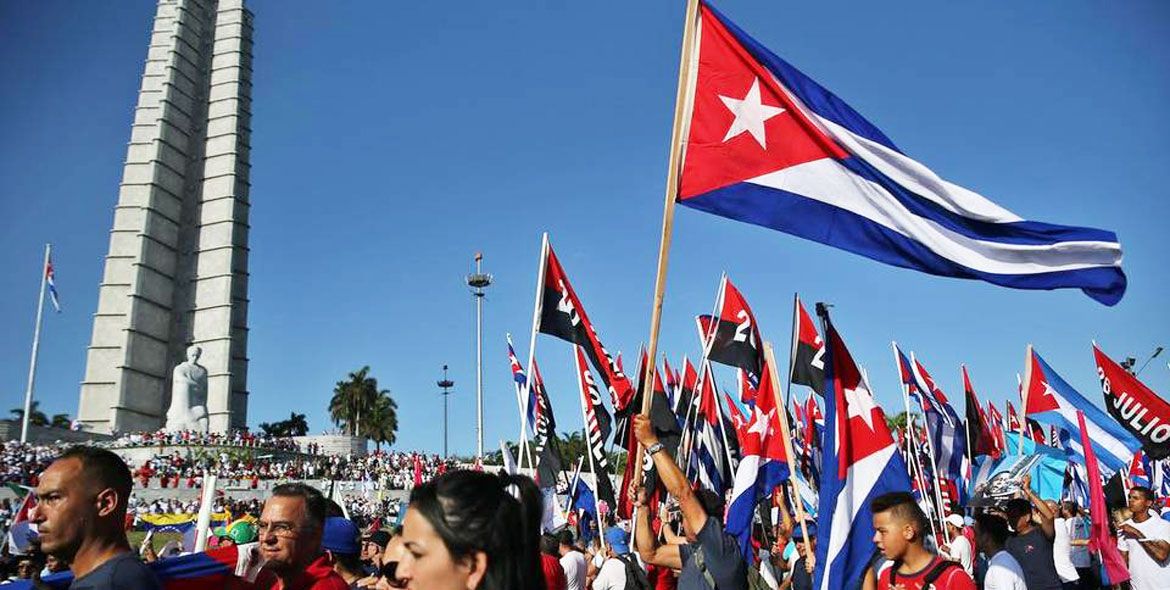 TODAY CUBA – The Cuban government’s traditional May Day parade Monday is the last to be overseen by President Raul Castro, and the first without his late brother and revolutionary predecessor Fidel.

May 1 rally brings hundreds of thousands of Cubans to Havana’s Revolution Square in a sea of red, white and blue flags and portraits of Fidel Castro.

The May 1 rally draws hundreds of thousands of Cubans into Havana’s Revolution Square in a sea of red, white and blue national flags and portraits of Fidel Castro. But he died in November and Raul Castro, after just over a decade in power, has said he will step aside in February 2018.

Raul Castro has been cautiously opening up Cuba’s state-run economy and strengthening its foreign relations — notably by re-establishing diplomatic ties with the United States. But Monday’s parade has the feel of the end of an era. It is not clear who will take Castro’s place next year.

Most rumors suggest it will be Miguel Diaz-Canel, 56, vice-president of the State Council. Despite ministerial experience and party credentials, he is seen as lacking a support base in the military.

“There is very high uncertainty about 2018,” said Pavel Vidal, a former official of Cuba’s central bank and an academic at Colombia’s Javeriana University.

“One could expect a process of continuity” of Raul Castro’s reforms, he added, “but not at the same speed.”

Cuba’s economic fortunes depend largely on another country that will see May Day marches on Monday: Venezuela. Monday’s parade in Havana was a demonstration of support for Venezuela’s Nicol{as Maduro, which is facing violent opposition protests.

Venezuela sells cut-price oil to its Castro allies in Havana. Cuba is currently in recession, dragged down by its ally’s economic crisis. Analyst Andrew Otazo of Washington-based Cuba Study Group said Cuba has started looking to other oil exporters in case the Venezuelan government collapses.