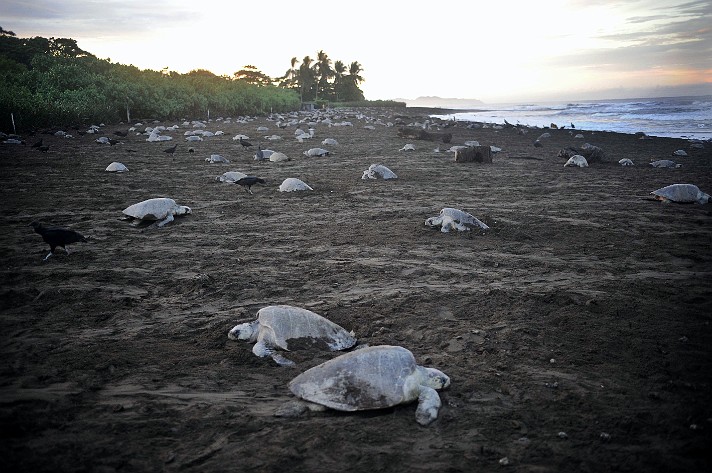 The European Parliament has sent Presidenta Laura Chinchilla a letter, requesting “instant justice” for the “brutal murder” of conservationist Jairo Mora, last May 31, in Moín, Limón. 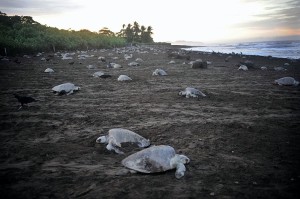 In the letter, on behalf of the Intergroup of the Welfare and Conservation of Animals, the members call on Costa Rica’s presidenta to take a “firm and immediate action”.

“It is of extreme imporance to send a clear message to all citizens, conservationists and tourists, that sea turtle poachers and drug dealers do not rule Costa Rica’s beaches”, reads the letter.

“Costa Rica is respected around the world for its history of ocean and environmental conservation and for its peaceful, safe society that supports ecotourism…”, the letter continues in it call tough and quick action.

“Now that Jairo Mora Sandoval’s atrocious murder has shown that not only sea turtle eggs, but human lives are jeapordised on Costa Rican beaches, the entire economy related to ecoutourism is endangered”, write the EP members.

The letter is signed by Andrea Zanoni and Dan Jorgensen, both members of the European Parliament. Jorgensen is President and Zanoni is vice-president of the Intergroup.

The owner of the shelter where Jairo worked (the Costa Rica Wildlife Sanctuary), Vanessa Lizano, was grateful for the support of European lawmakers and recalled that the withdrawal of Wide Cast (organization that was paying Mora), in Moin has limited sea turtle conservation because it no longer has an expert on the subject, as was Mora.

The new minister of Communication, Carlos Roverssi and Foreign Minister, Enrique Castillo, confirmed the letter and asked time to analyze it before respondning.

Following is a copy of the letter. 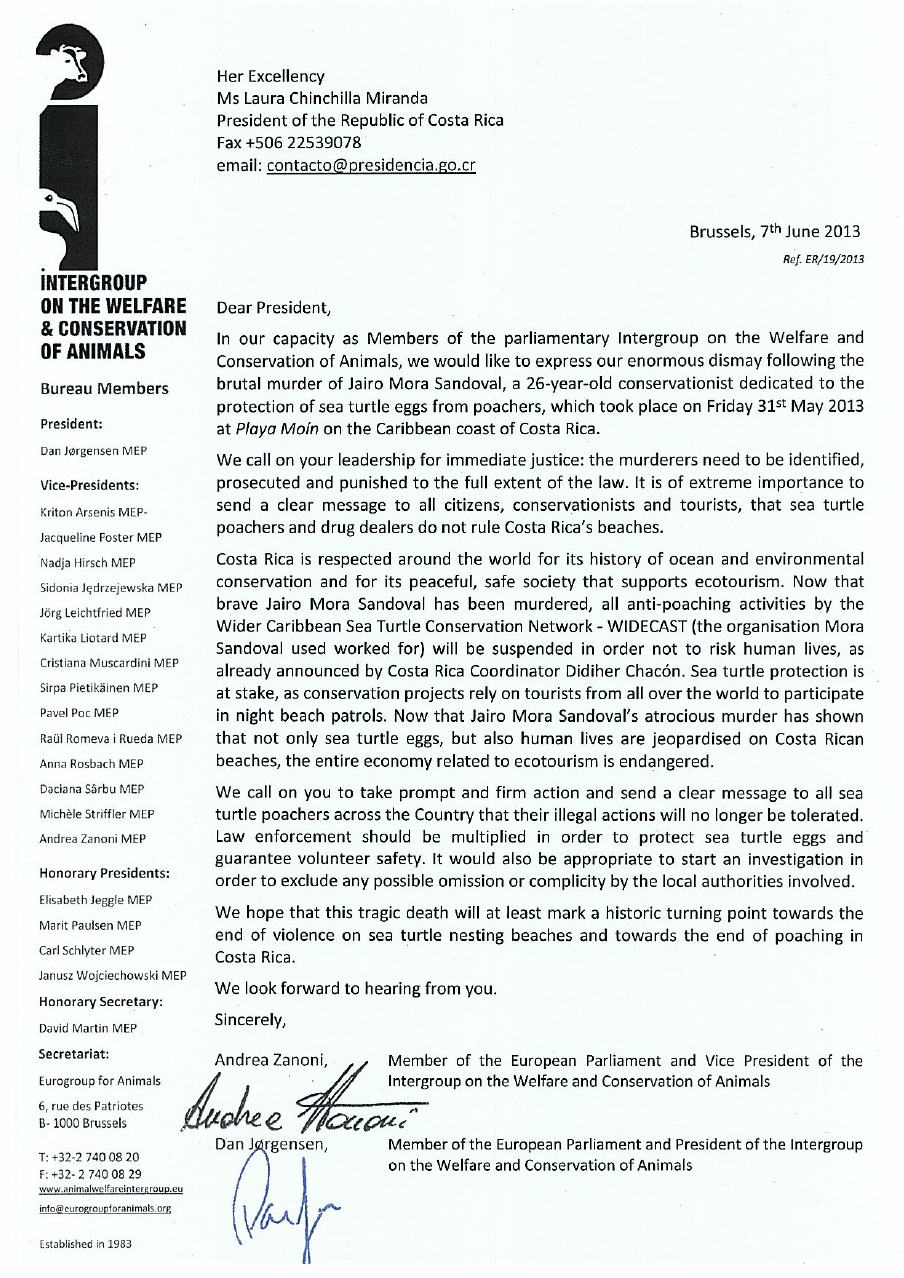 The Intergroup on the Welfare and Conservation of Animals is the focal point for animal welfare in the European Parliament. It is open to all MEPs that are eager to debate and promote this policy issue.

The Intergroup provides updates and background information on animal related issues which are being discussed within the Institutions and raises awareness about burning conservation issues on a global level. The monthly 1 hour meetings, usually organized on Thursday mornings during the Plenary sessions in Strasbourg invite experts, stakeholders, rapporteurs and members of the European Commission and member states to exchange views on topical animal welfare issues. Such in depth debates are often difficult to organize in the EP committees which have to deal with a very large number of different dossiers.

- Advertisement -
Paying the bills
Previous articleFirst Grade Children Will Not Fail, Even If They have Difficulty Reading
Next articleAlleged Child Rapist Wanted by the FBI Nabbed In Costa Rica