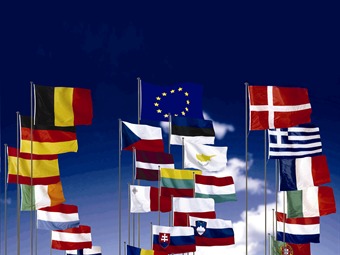 In a landslide slide vote by the European parliament – 523 in favour to 41 against – Colombian citizens now have visa-free access to European countries.

Included in the waiver or “visa exemption” are the four European countries not members of the EU: Switzerland, Norway, Iceland and Liechtenstein.

The process to drop the visa requirements for Colombians began in 2001. It was last year, in August 2013, that the waiver began to become a reality when Spain’s Prime Minister Mariano Rajoy submitted a request to the European Commission.

The Schengen Area is the area comprising 26 European countries that have abolished passport and any other type of border control at their common borders, also referred to as internal borders. It mostly functions as a single country for international travel purposes, with a common visa policy.

The Area is named after the Schengen Agreement signed on 14 June 1985 by five of the then ten EU member states. The Schengen Area was established outside of the then European Community, when consensus could not be reached among all of its member states on the abolition of border controls..

Twenty-two of the twenty-eight European Union (EU) member states participate in the Schengen Area. Of the six EU members that do not form part of the Schengen Area, four – Bulgaria, Croatia, Cyprus and Romania – are legally obliged and wish to join the area, while the other two – Ireland and the United Kingdom – maintain opt-outs.

All four European Free Trade Association (EFTA) member states – Iceland, Liechtenstein, Norway, and Switzerland – have signed the Schengen Agreement, even though they are outside the EU. In addition three European microstates – Monaco, San Marino, and the Vatican – can be considered as de facto within the Schengen Area as they do not have border controls with the Schengen countries that surround them; but they have not officially signed documents that make them part of Schengen.

TODAY NICARAGUA – The vice president of Nicaragua and First Lady, Rosario Murillo, assured that those who feel persecuted are for the crimes they...
Photos of Costa Rica

Today, Friday, June 11, only EVENS can circulate. The measure is countrywide and applied between 5:00 am and 9:00 pm, save for those under the...
Environment

QCOSTARICA - Costa Rica will have a system called "Interceptor" that will eliminate floating and suspended waste from the upper layer of its waters,...
Reports

QCOSTARICA - Costa Rican President Carlos Alvarado is just another citizen when it comes to covid-19 vaccination, given his young age and good health,...
Peru