Even The Pope Can Get Angry 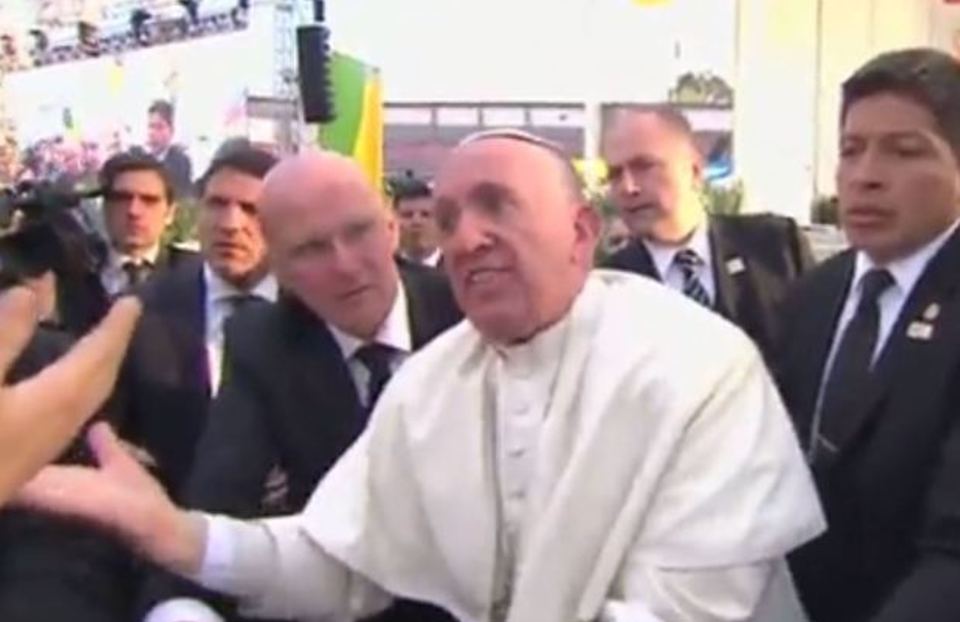 (Q24N) ‘Don’t be selfish. What’s happened to you, don’t be selfish‘ (‘No seas egoísta. Qué te pasó, no seas egoísta‘) were the words shouted by Pope Francis, on a walkabout at a stadium in Morelia, Mexico, when his robe was pulled and he fell on to a man in a wheelchair despite guards asking people to move back.

The Pope made the audience members aware of his irritation. However, he regained his composure and waved at the crowds for a few more moments before moving on.

The pope was knocked off-balance, and security guards had to help him straighten up. .

“You don’t do that!’ (Eso no se hace!) the pope said, according to the Associated Press.

Some are attributing the flash anger – an angry look and raising his voice – by the Pope to accumulated stress and travel of a long trip.

QCOSTARICA - For drivers headed to or from Limon,...
Latin America