Expomóvil 2015 Kicks Off With Record Number of Credit Applications 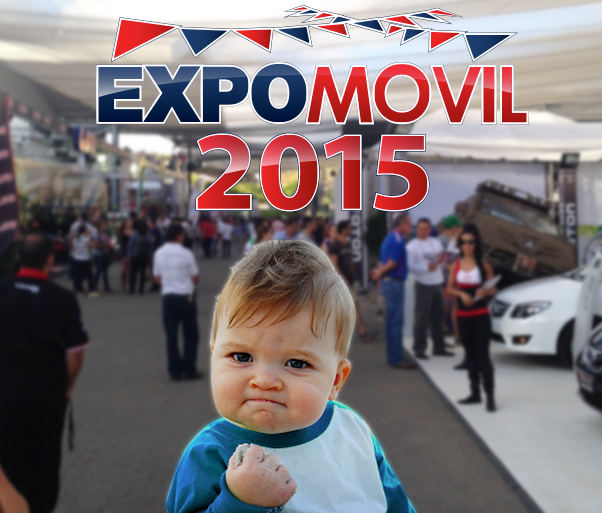 QCOSTARICA – Thousands left pessimism at the door of the Expomovil 2015, as more than 6.000 people in the first two days wandered around the venue with high expectation of buying a new car.

According to Banco de Costa Ria (BCR), in the first 48 hours, some 2.000 consumers applied for loans of some ¢1 billion colones.

At the BAC San José, they report firming up 250 car loans. Rigoberto Penaranda, head of credit at the BAC, said the number is the highest ever obtained by the bank in the four years of its presence at Expomovil.

“There are fewer people than in previous years, but more decided to buy,” said Penaranda.

Allan Sime, marketing director at Purdy Motor Costa Rica, the Toyota and Diahatsu dealer, called the start of the event as the best selling of all Expomovils to date.

Sime added that company policy does not allow him to divulge sales figures.

The annual fair opened on Thursday and runs until March 15, at the Pedegral Events Centre in Belén, Heredia.

Expomóvil 2020 has been suspended until further notice before the cancellation...
Read more

The sale of vehicles has slowed down and, as expected, also...
Read more

QCOSTARICA - On Monday, the Organismo de Investigacion Judicial (OIJ) moved to the raid, seize and arrest of their investigation into corruption of public...
Redaqted