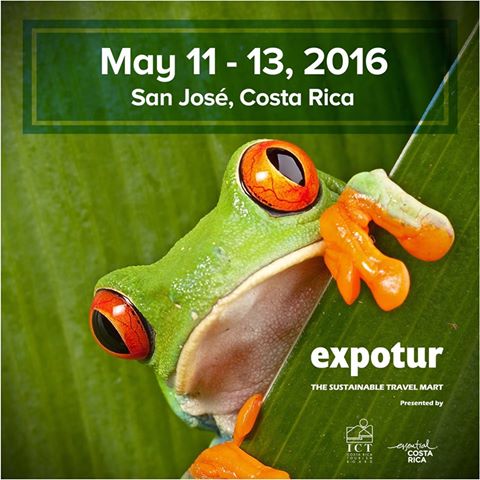 QCOSTARICA – At the Parque Viva, Centro Kölbi in La Guacima, west of the San José airport, tomorrow will be one of the most important hospitality conventions hosted by a Central American country, the Expotur 2016, is being held.

This year, according to the Asociación Costarricense de Profesionales en Turismo de Costa Rica (ACROPOT), the annual event is expected to bring together around 300 exhibitors from Costa Rica and the Central American region, such as tour operators, hotels, airlines, operators of tourist attractions or even car rental companies exhibit their products and services at expotur using the event as an important information and communication platform to promote the region as well as to establish sustainable contacts to potential customers.

The high-profile event is completed by an interesting frame program consisting of various seminars, cultural performances, interactive program points as well as pre and post tours into different regions of Costa Rica as a special highlight to get to know the country.

“This year Expotur will focus on offering cultural tourism, emphasizing food, crafts with identity in the artistic music and dance, and the Rural Tourism and Community,” said Massi Devoto, President of ACOPROT.

The expotur will take place on 3 days from Wednesday, May 11 to Friday the 13th.

Expotur has quickly evolved into much more for the Central American-Caribbean OTA. Expotur 2016 kicks-off with a formal gala on Wednesday evening.

QCOSTARICA - With three major objectives for the growth and improvement...
Read more