(QCOSTARICA) Environmental challenges and lengthy expropriations are the dampers to the eagerness of President Luis Guillermo Solis inaugurating the road to San Carlos during his administration.

In a visit to the area Thursday, the President saw first hand the work that has already been completed, but, also the problems faced in getting the last 20% done.

This is a mountain road and, as such, is a difficult project, full of water, mud, curves and valleys that require huge bridges. Once complete, the road will connect the area of San Carlos that takes in the communities of Cuidad Quesada, La Fortuna and Arenal, to the Central Valley. 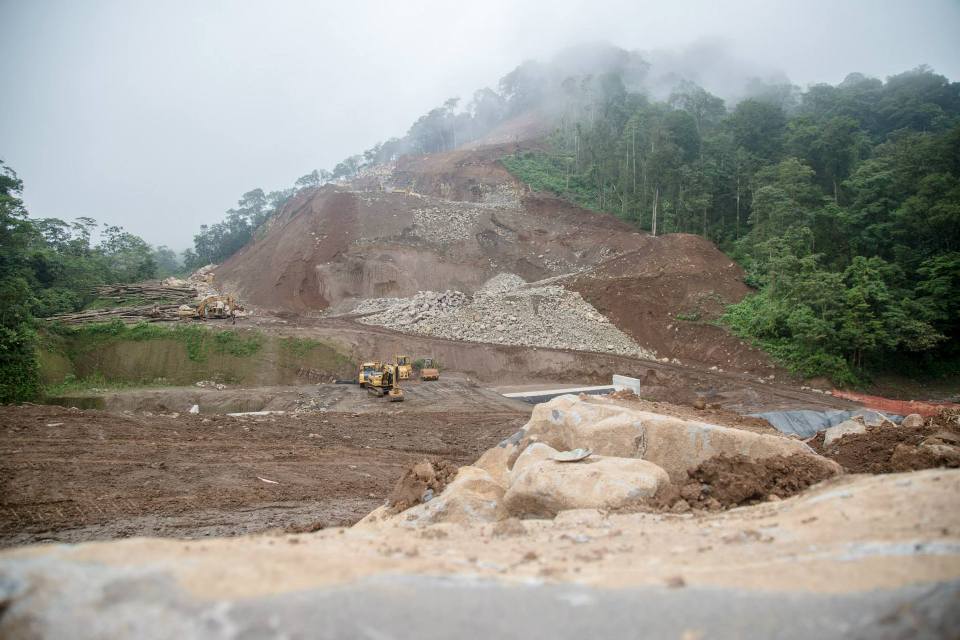 The road is 78% complete, but, today the work on the project is at a standstill.

The major roadblock are some 40 land expropriations. The Ministry of Public Works and Transport (Ministerio de Obras Publicas y Transportes – MOPT) says it has budgeted over ¢6 billion colones for such, but expropriations are time-consuming process in Costa Rica.

At issue are also a number of environmental challenges, complaints that have to be fully addressed before permits can be issued and work can resume.

On Thursday, the President promised the road would be completed by 2018, before leaving office in May of that year. 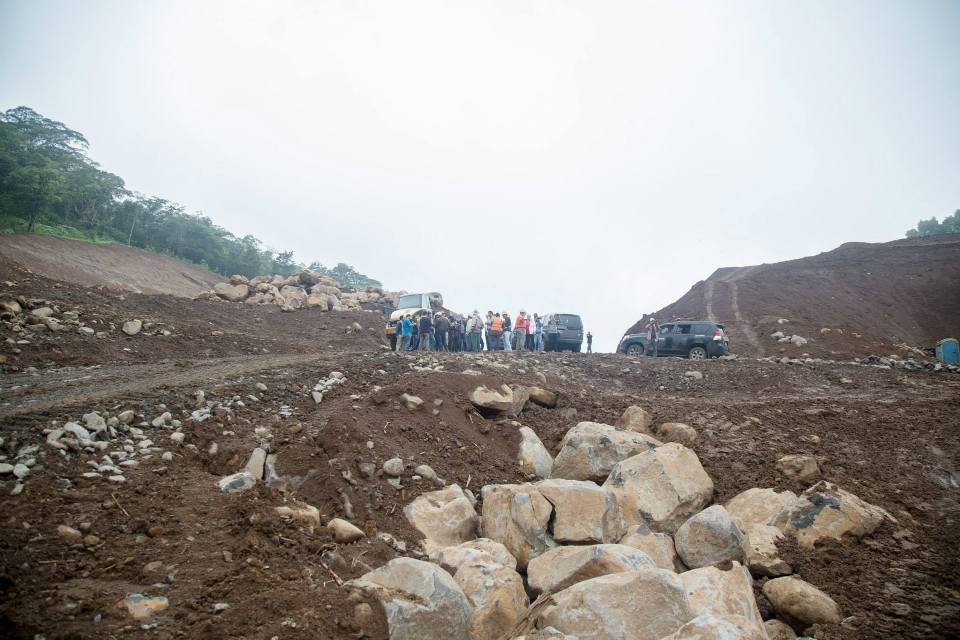 Arriving a few minutes before 6:00am, a time when a mist still covered the mountain, the President was there for the first workers to start their day and see for himself the magnitude of what still remains to be done.

“This reflects the best and worst of our way to work in Costa Rica,” said Solis.

“It is no small thing, but it can be done,” said engineer Mario Marin, in charge of the US$189 million dollar project. “The government must do its part, however” added the engineer. 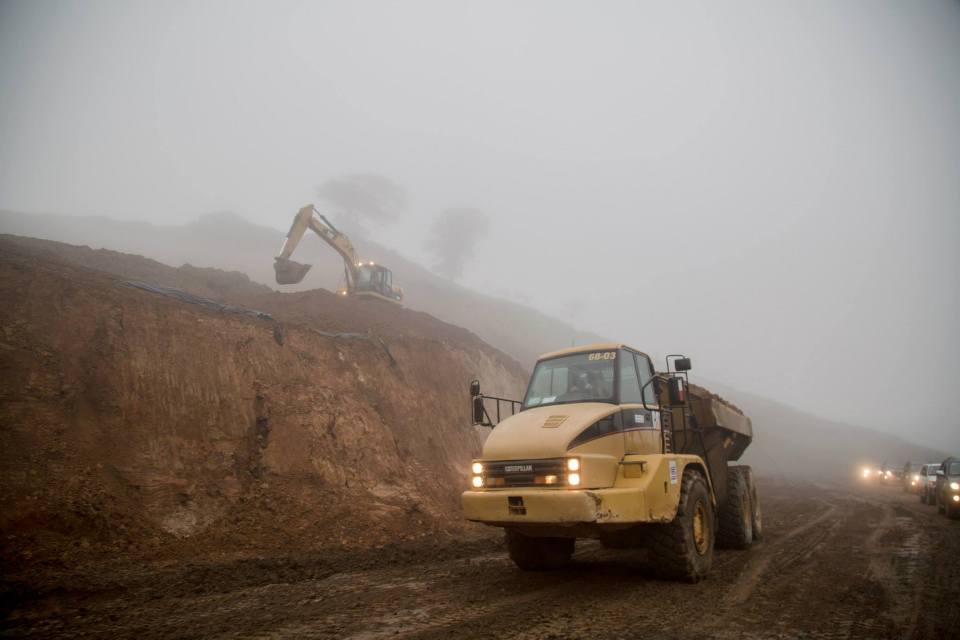 The San Carlos road project is a high priority for the northern community. Therefore, the Procarretera Association (Asociación Procarretera) has asked the government to appoint a commission to monitor the daily progress of the expropriation process. 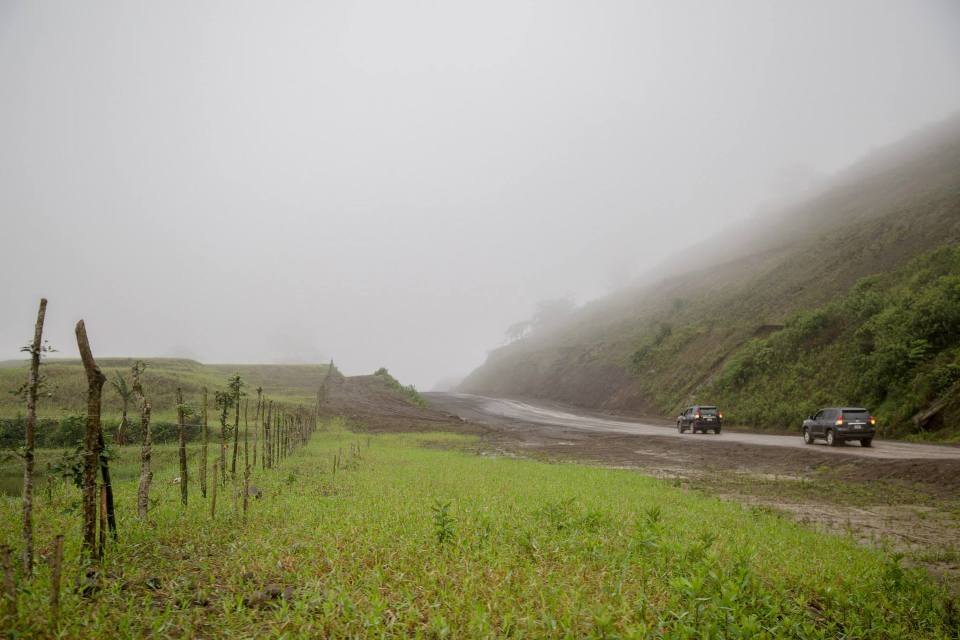 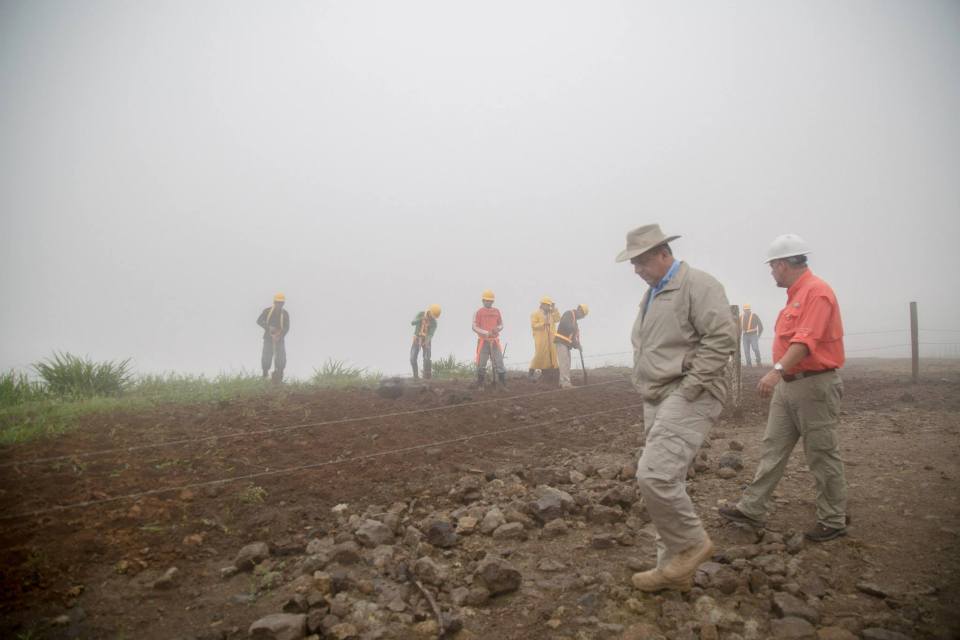 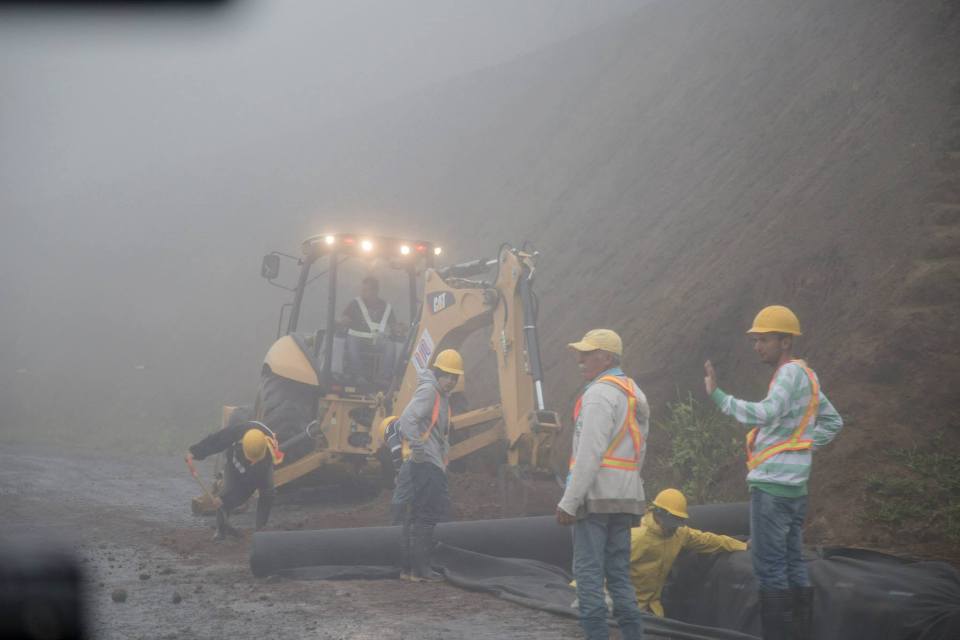 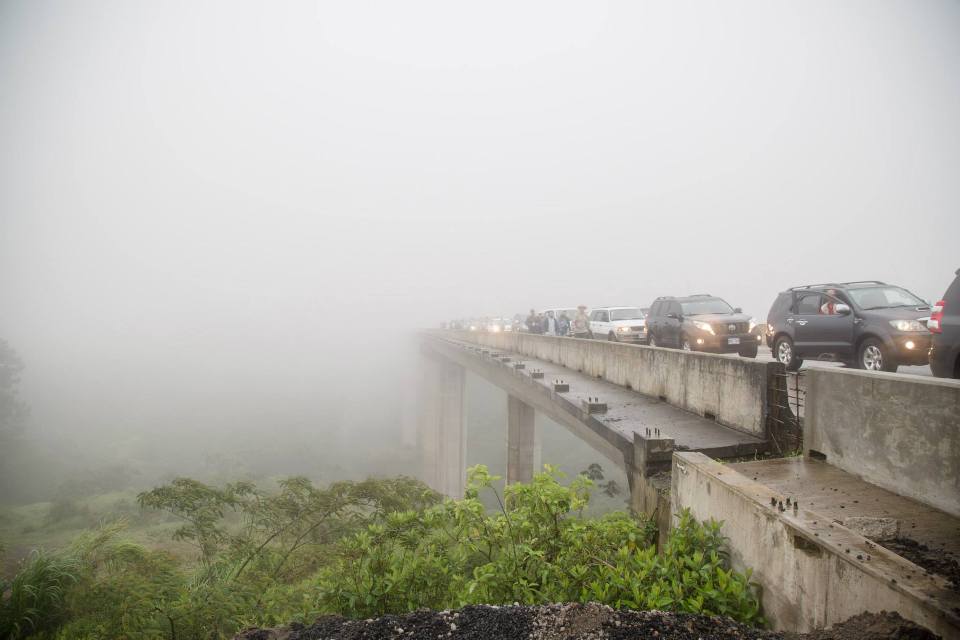