Fabiana Granados Is Applauded For Her Silver Gown at Miss Universe 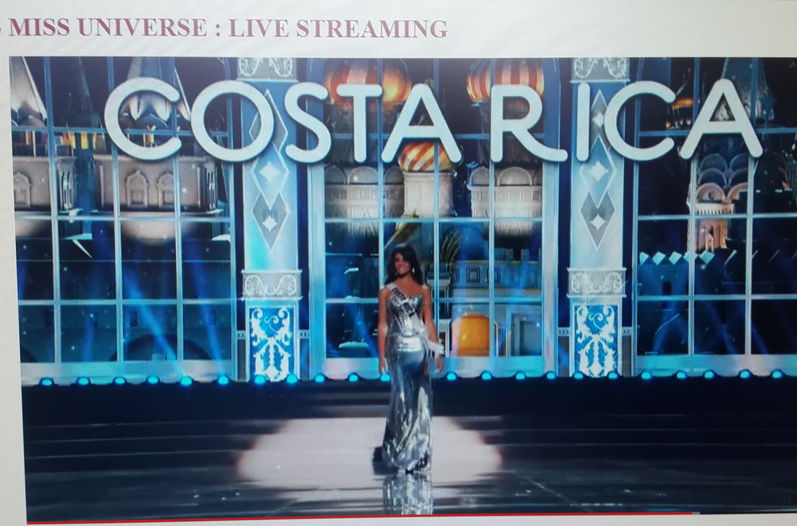 The Miss Universe pageant has a lot to live up to, given its lofty name. But the international contest went above and beyond this weekend at the National Costume Show, a preliminary runway event leading up to the big Miss Universe 2013 show this Saturday.

Held this year in Moscow, the annual National Costume Show is intended to showcase each contestant’s home country through an authentic costume…which is where Miss Costa Rica, Fabiana Granados, garnered praise.

The Guanacasteca wore a silver dress with which she hopes to take her to the crown on Saturday, when making the final presentation of the pageant.

Allan Alemán, director of the Reinas de Costa Rica organization, agrees with Lobo that Fabiana and the dress were a hit.

But there was also some strangeness.

Erin Brady represented the United State in a plastic “Transformers” costume, while Alexandra Fribourg of Sweden honoured her country’s Viking past in a metallic bustier and a sword. Miss Belgium Noémie Happart looked like she was dressed as the Devil complete a spiky red spear, and Miss Great Britain Amy Willerton wore royal robes so sexy we bet even Prince Philip would have a thing or two to say. 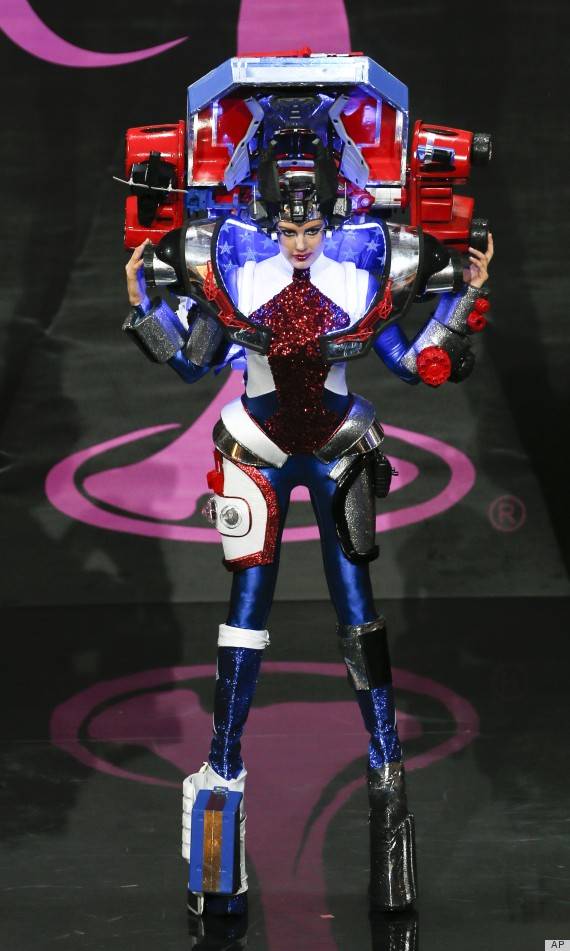 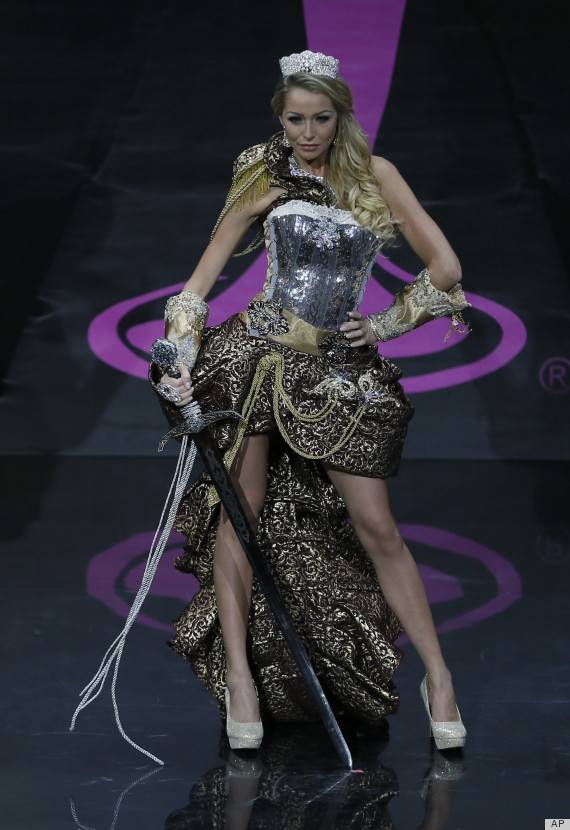 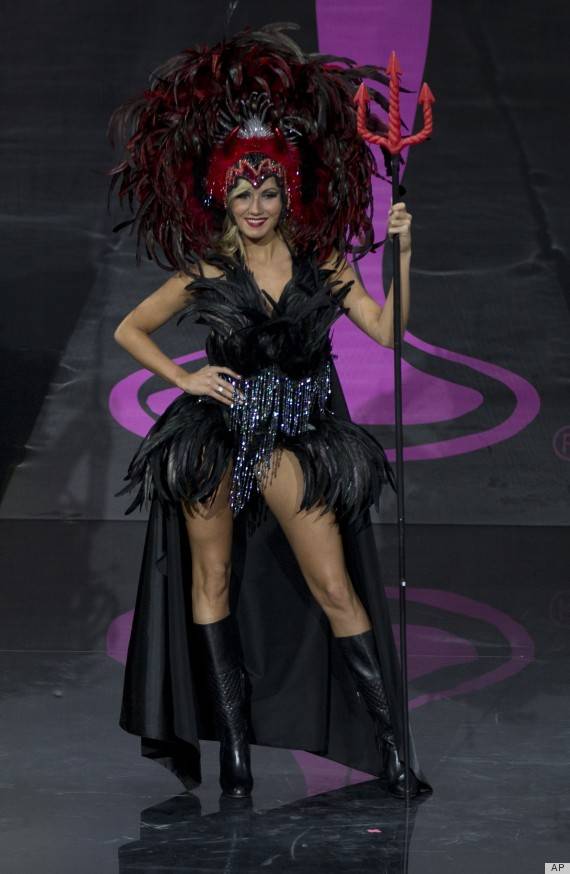 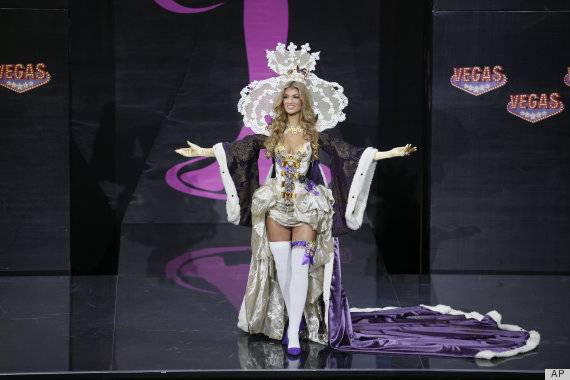