Facebook has without a question hooked million of users. Now, in a trial the social media website is asking users to pay $1 to send messages direct to people who are not their friends. 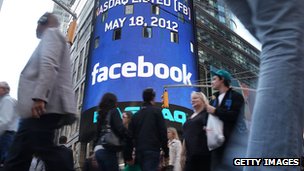 The fee will mean messages go straight to a recipient’s inbox rather than the Other folder which contains all unsolicited correspondence.

The trial is only for a “small number of people” and is initially being tested just in the US.

Users will be able to receive a maximum of one paid-for message per week, and no more than three each month.

“Several commentators and researchers have noted that imposing a financial cost on the sender may be the most effective way to discourage unwanted messages and facilitate delivery of messages that are relevant and useful,” the site said in a statement.

“For example, if you want to send a message to someone you heard speak at an event but are not friends with, or if you want to message someone about a job opportunity, you can use this feature to reach their inbox.”
Spam prevention

The system is similar to one adopted by professional social networking service LinkedIn. Its InMail feature allows users to get in touch with people they are not connected to for a set monthly fee.

On Facebook, users can already send messages to anyone else on the network. However, depending on a user’s privacy settings, messages from users who are not friends mostly end up in the Other folder.

This folder, which is separate from the user’s main inbox, often goes unchecked.

The $1 charge will mean messages will go straight to a user’s inbox. Facebook said the level of cost is likely to prevent spam or irrelevant messages.

There are no immediate plans to launch the trial for users in Europe, but it could happen in the future, Facebook said.

The changes are the latest evolution of Facebook’s messaging service – an area of its site it is looking to expand.

The site’s founder Mark Zuckerberg has previously said he wants people to use Facebook messages instead of email – and the network rolled out @facebook.com email addresses to all users in June.

On November 7, Nicaraguans will go to the poll in elections lacking democratic guarantees, without minimum conditions to promote healthy competition for power. In...
Fuel Prices

QCOSTARICA - At 12:01 am this Wednesday, fuels will be more expensive, as the third price hike of the year takes effect. The increase in...
Front Page

QCOSTARICA - Friday night, Costa Rica paid tribute to the memory of all the people who have lost their lives due to the pandemic...
Banking

QCOSTARICA - Financial entities seek through the use of their virtual channels to promote the placement of new loans due to the impossibility, for...
Expat Focus

Q MAGAZINE - Miss Costa Rica 2020, Ivonne Cerdas, will soon be traveling to Florida to represent the country in the Miss Universe pageant. After...
Greater Metropolitan Area

QCOSTARICA - The images filled the morning news television screen, for no apparent reason, the driver of a big rig begins to beat with...
Health

QCOSTARICA - "Don't be afraid, get vaccinated," are words of doña Irma Ceciliano, in a virtual conversation, along with three other seniors, telling President...
The Americas