Consumers had to comply with health protocols, but social distancing was less noticeable in San José. Mother's Day Flower arrangements competed for masks as the most frequently offered items. 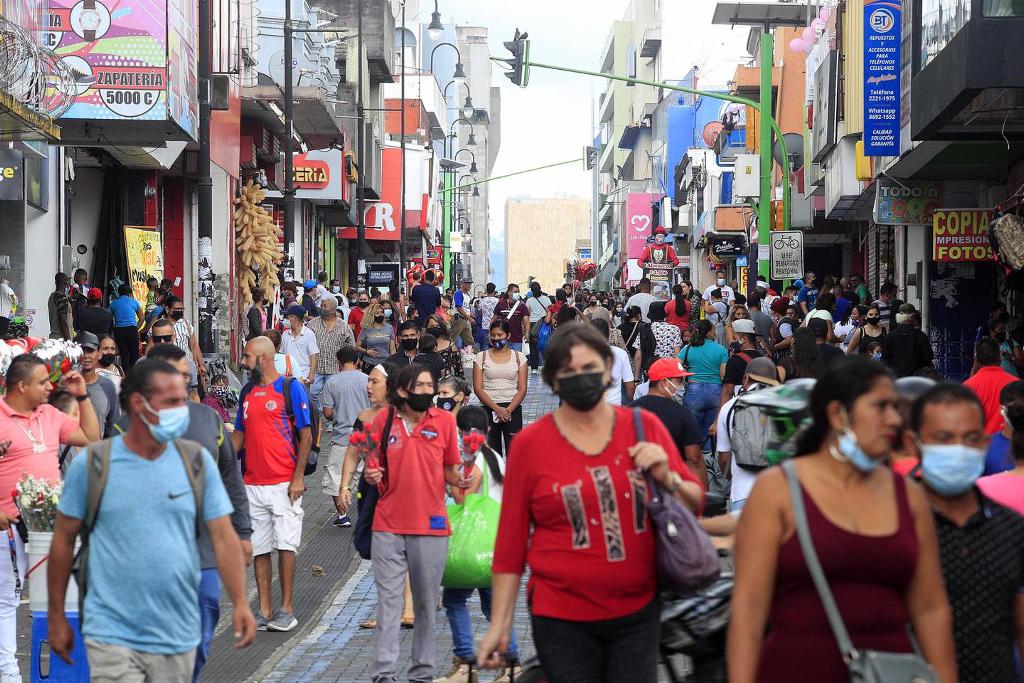 QCOSTARICA – Costa Rican families breathed a little more normality this Mother’s Day, Sunday, August 15, when compared to the celebration of 2020.

With fewer sanitary restrictions, circulation through the center of San José was the usual to pre-pandemic days and, with some exceptions, a significant number of people wore their mask, although with less physical distancing.

For this Sunday, August 15, only vehicles with an odd-numbered license plate could circulate, while shops were allowed to open until 10 pm.

In the middle of the Avenida Central or the “Bulevar” a large number of businesses did not open, although informal vendors swapped the usual mask sale of this past year for flower sprigs at ‘a thousand’ (colones) to spur sales.

A year ago, shops were only allowed to open until 5 pm in the cantons with the most cases of covid 19; the vehicular restriction was also more severe with the possibility of only driving twice a week.

For this Mother’s Day, the Cathedral of San José offered a mass, always in compliance with health protocols, but at least the faithful were allowed to enter.

In the cemeteries, the relatives who wanted to visit their deceased mothers had to comply with the sanitary protocol, although they did allow entry.

Only in the case of the Obrero Cemetery in San José, it was not possible to enter due to the two simultaneous funerals, which caused annoyance among those who waited to visit the vaults of their relatives.

The afternoon rain did not impede circulation through the commercial area of ​​downtown San José either.

According to estimates by the Costa Rican Chamber of Commerce, sales attributed to the celebration of Mother’s Day this year, would reach ¢35 billion colones, which is a little closer to the ¢38 billion in 2019, before the pandemic.

- Advertisement -
Paying the bills
Previous articleCosta Rica’s transportation is the most polluting in Central America
Next articleCosta Rica by Land, an AirBnb initiative to promote responsible tourism recovery