The deceased man had COVID-19 and was in aa state of decomposition. Family members affirm that they do not know when the death occurred. 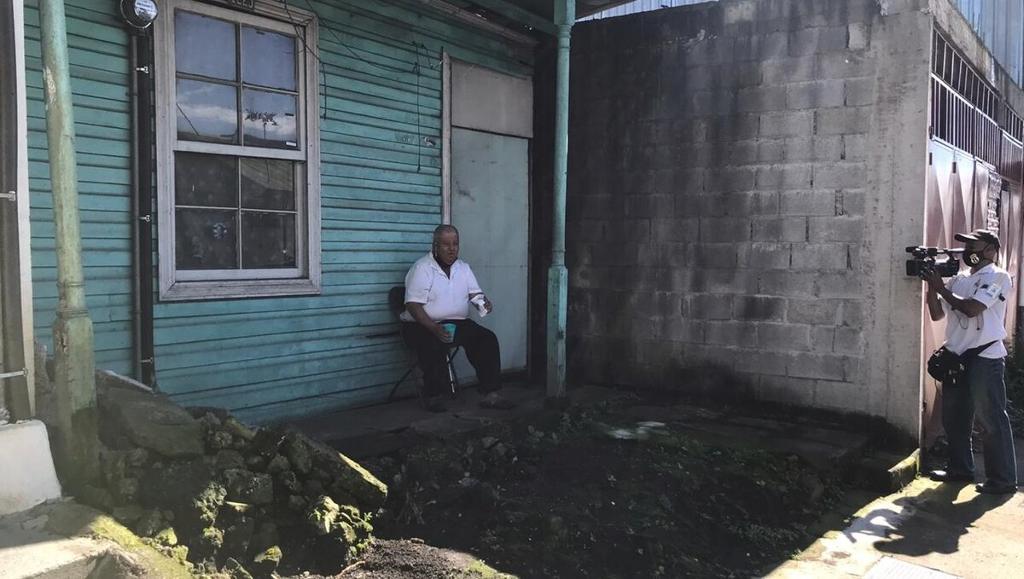 (QCOSTARICA) He had been dead for days, possibly since Friday. But it wasn’t until Sunday night when family members called the COVID line, 1322, to report the death. It was Monday afternoon when Health removed the body.

“Patient in a totally unhealthy state, patient in a state of decomposition, coldness, lividity, stench. Housing with difficult access” is the description made by a doctor named Navarro, in the death certificate of the 67 years old ma, who had COVID-19 due to an epidemiological link.

The death occurred in a house in the Los Ángeles neighborhood, in San José.

The death was confirmed on Monday at 3:38 pm. According to the document, apart from the disease caused by the new coronavirus, the man had a series of risk factors.

The case came to light on social networks, messages circulating that the man had been dead for four days and no one had come to remove the body.

The family’s version is that they called the hotline Sunday, however, the version differs from that of the Ministry of Health, saying the call was received Monday.

Hayby Sáenz, a niece of the deceased, said that the authorities took about 24 hours to arrive and declare the death so that they could carry arrange for the burial.

Sáenz explained that the victim lived with a nephew (his cousin) who has a cognitive disability and who was sick with COVID-19, so he was serving quarantine inside the house, in “subhuman conditions” and with the body of his uncle.

Sáenz said that she does not know when her uncle man died, since both her uncle and cousin were locked in the house, under quarantine.

“My cousin told me that he had not heard him for days and that he knocked on the door and found him dead. The conditions in which they live are subhuman. My uncle suffered from hyperthyroidism, heart failure, kidney failure, and gout,” she said.

The man had no children and was divorced.

Help for the burial

Since they do not have the ¢240,000 to pay for the burial, the Mixed Institute of Social Assistance (IMAS) will provide the aid. Tuesday, the Presidency stated that the IMAS paid ¢452,000 colones to cover the funeral expenses.

Sáenz that the San Juan de Dios Hospital Workers’ Union had also offered to help them for the cremation.

Why did it take so long to remove the body?

Although the case is not complex, the regulations as to which authority is responsible for the act of removing a corpse from a private property, like a home.

Steven Cerdas, deputy chief of the OIJ’s Section for Visual Inspections and Collection of Evidence, explained that the judicial police are not in charge of removing the bodies of victims of COVID-19, with exceptions.

In most deaths, such as those that have occurred in hospitals or homes, there is no crime to prosecute, they are deaths by natural causes, so the Ministry of Health exempts the Organismo de Investigacion Judicial (OIJ) from the responsibility.

In such cases, it will be the hospital doctor or the treating doctor who makes the death declaration. If the family does not have the means to pay for a private doctor, they are to contact the 1322 line, through which the Ministry of Health will give them the steps to follow and will help with certification and even burial.

In the specific case of the “uncle” (the Ministry of Health does no provide identification of victis of COVID), Cerdas explained since he had been diagnosed with COVID and under quarantine, it is out of their hands.

“A person who has COVID-19 is declared and the family tells us that he was under quarantine and positive. However, if he/she dies as a result of unlawful assault, a work accident or a situation where the death must be investigated, we would have the case,” said Cerdas.

However, according to the judicial official, when it comes to a natural death due to the disease, the death can be certified, either by a private doctor, a doctor from the Ministry of Health or by a hospital doctor.

An exception is when it comes to prisoners who die from COVID-19, whether they die in the penal center or in a hospital. “Because every death of a person deprived of liberty must be investigated, whether he or she has COVID or violence,” Cerdas said.