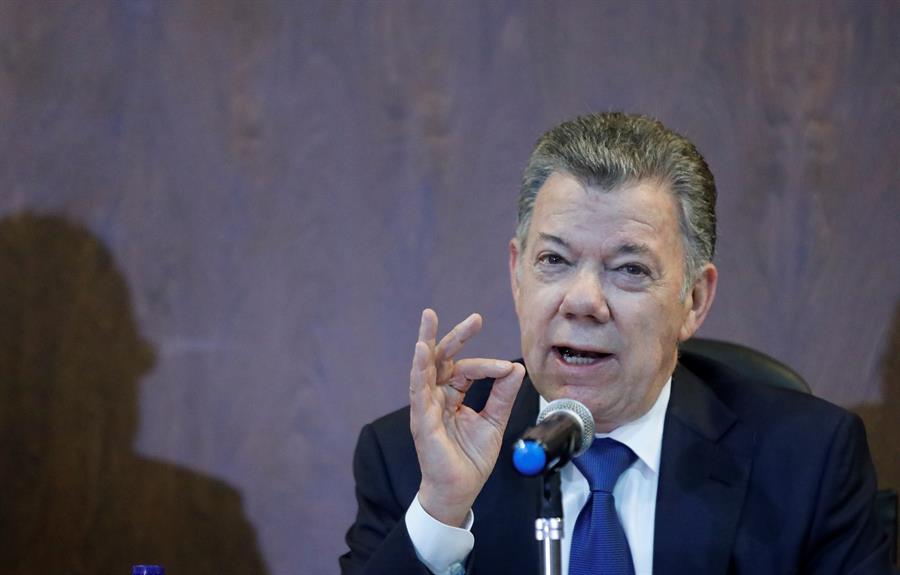 On Friday, 7th October 2016, we learned that after thirty-four years, a Colombian had won the second Nobel Prize in the country’s history. This time a less exciting and more political one because it is awarded by a committee delegated by the Norwegian Parliament.

Juan Manuel Santos, who at that time served as president of Colombia, was on the list of Nobel Peace Prize laureates just days after Colombian society overwhelmingly rejected the Havana agreements between the president and the FARC.

However, the much-talked-about peace never arrived, and despite all the promises, those responsible for crimes against humanity never faced justice. What millions of citizens got instead was rampant impunity for criminals, and Santos got millions of dollars from the construction company, Odebrecht, that allowed him to be president twice.

The corruption in Santos’ 2010 and 2014 presidential campaigns that reached the country’s highest political and business spheres was an open secret. There was already enough evidence for the Colombian justice system to investigate the president of Colombia and his clique. As time went by, more evidence and testimonies emerged.

This was not enough, and the mediocrity of the Colombian justice system was evident in all its splendor. “Peace” had become the centerpiece of the country, and many of us stupidly decided not to pay sufficient attention to an act of corruption of such magnitude. We were so hell-bent on getting the FARC to lay down their arms that we welcomed any sacrifice in the name of “peace.”

The agreements were signed despite societal opposition, and it was impunity, not peace, that began to walk through the corridors of Congress, the Casa de Nariño, the Palace of Justice. Once again, the politicians lied, and once again, we fell for their lies. Worst of all, many are still in that slumber.

They still think that the best thing for the country is that rapists and murderers, who were not supposed to occupy a single seat in the Senate and House, do not pay for their multiple crimes, receive wages from taxpayers’ money, get protection. That we protect their “good name,” which for years, from the jungles of Colombia to blood, coca, and lead, they fought to build.

Today, those who gave the order to murder thousands of Colombians to promote a political ideology, cultivate thousands of hectares of drugs, do illegal open-pit mining, engage in human trafficking and abductions are sitting in Congress, talking about respect for the human rights that they continue to infringe through legal means.

And Santos? An international lecturer who boasts of the peace achieved in his government and the principles that earned him the Nobel Prize. But like every good coward, he is silent about the corruption plot that was woven in his government, and a good part of Colombian society validates that because talking about it could stain the negotiation process between Santos and the FARC.

A process that did not bring peace, but gave credibility to a guerrilla group that only seeks to replicate in Colombia a model that has failed time and again wherever it has been implemented.

So, apparently, Santos is the new Ernesto Samper, who came to the Presidency thanks to the millions of drug traffickers who never faced the law because, according to him, everything happened without his knowledge.

Today, Santos is moving in the same direction. It seems that the country values the much-desired peace over respect for institutions and the constitution. This is the best smokescreen behind which the worst acts of corruption are concealed. But without respect for the institutions, peace is nothing more than a symbolic salute to the flag.

TODAY NICARAGUA – One of the most prominent political analysts in...
Read more

QCOSTARICA - The sanitary measures, that include the vehicular...
Nicaragua